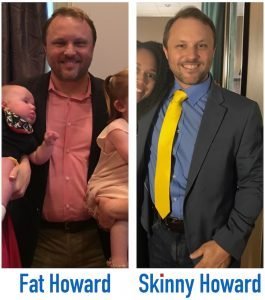 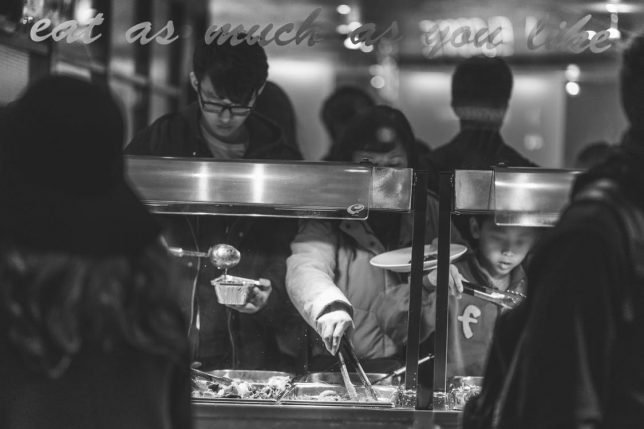 When I talk to patients about weight loss, they usually tell me about their plans to exercise more and eat healthier. Recently, they ask me how I have lost 40 pounds or what magic I used to slim down. Most are sad to learn that there is no magic bullet. That being said, losing weight is rather easy and follows a set and predictable formula. In my case, as an insulin-dependent diabetic, the biggest difficulty was balancing blood sugars while losing weight. I’ll tell you what I did in a minute. But first, I would like to address those two keys I always hear people talk about: exercising and eating healthier.

Exercise definitely helps, but not in the way that one might anticipate. Exercise is helpful only in that it uses calories, but moderate exercise like walking burns few calories over the baseline metabolic rate, which means that walking adds next to nothing in terms of weight loss, particularly if a person adds a snack or a caloric exercise drink into the regimen. I have seen folks at the gym who are drinking a Gatorade or other “exercise drink” which contains more calories than the exercise they are doing consumes; these folks are actually gaining weight by going to the gym. You need real cardio to lose weight in a meaningful way: running, swimming, rowing, biking, chopping wood, etc.

“Eating healthier” is a vacuous and imprecise statement. I have talked about some of the myths related to dieting here, but suffice it to say that the only healthy thing one can do to lose weight in terms of diet is to eat less food. There are no superfoods, detoxes, metabolism-boosters, or diet plans that help a person lose weight; you just have to eat less. Understanding the caloric density of foods is important and can help you cut calories, but switching one type of food for another or restricting certain macronutrients like carbs or fats, unless it leads to fewer calories, won’t help you lose weight.

As much as people hate it, weight loss really is just about using more calories than you take in. You can do only two things: eat less and do more. Do both of these things and you’ll lose weight more quickly than if you do just one. But nothing else matters. Period. If you are honest about how many calories you take in (which can be very difficult), then your weight will follow a very predictable pattern. If you feel like you aren’t losing weight on your diet, it is simply because you are eating too much. Every obese patient I have ever met tells me that they don’t eat that much, but I can calculate how much they are eating by knowing their weight and activity levels. It may not seem like they are eating a lot to them, but they are still eating too much to lose weight.

Let’s look at what I did: 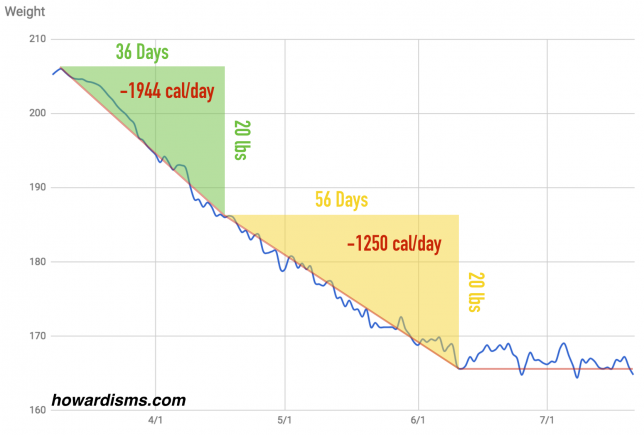 I lost 40 lbs between about March 10th and June 10th. The first 20 lbs took 36 days and the next 20 lbs took 56 days. Since then, my weight has fluctuated around 166 lbs (I started at 206), running between 164 and 169 lbs. Since one pound of fat is roughly equivalent to 3500 calories, then this means that I had to run a caloric deficit of 140,000 calories over those 92 days (about 1,000 Twinkies). As the graph above shows, I lost weight more quickly at first, averaging an almost 2000 calorie deficit each day, and then slowed down, but still averaged about a 1250 calorie deficit each day. Why the difference? Because I ate more and did less during the second 20 lbs lost than during the first. Here is a breakdown: 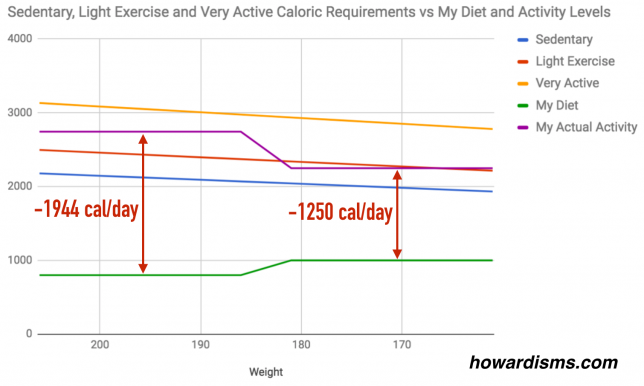 My caloric deficit is simply how many calories I used minus how many calories I consumed. The difference results in weight loss. Calories used is equal to the basal metabolic rate, which varies according to your current weight and gender, plus calories used with activity. As you lose weight, your caloric needs will naturally decrease (because you are smaller and are using less calories) and, therefore, you will either have to restrict even more calories to lose weight at the same pace, or just lose weight more slowly like I did. In the graph above, the blue line represents how many calories a man my size would need if he had a sedentary lifestyle; at 206 lbs, a sedentary male would require 2179 calories to maintain his weight while at 166 lbs, he would require 1961 calories (the blue line). Throw in some light exercise (20 minutes of cardio 3-4 times per week) and those numbers go up to 2497 and 2247 calories, respectively (the red line). If I were willing to do cardio every day of the week for 30 minutes, then my caloric needs would increase to 3133 and 2820 calories, respectively (the yellow line).

What I actually did at the gym is more represented by the purple line. I went intensely at first and my body was deconditioned so I used the most calories; later, I did less cardio and more weights and I was more conditioned, therefore using fewer calories. That’s the first thing we have control over: how many calories we use each day. The second part is how many we calories we consume.

I am sure I lost more than 40 lbs of fat, as I undoubtedly gained muscle mass. I lost 5 inches off my waste and got my 1-mile-run time down from over 13 minutes to under 8 minutes. I went from being able to do no pull-ups to being able to do more than 10. My BMI went from 31 to 25. Exercise has benefits far beyond weight loss, and truthfully, I don’t exercise enough. But as far as weight loss is concerned, it really is just a simple mathematical formula.

You can calculate your own caloric needs with this calculator. For many people who try to lose weight, the first round of dieting or calorie counting just gets them back to baseline. You don’t get obese by eating the right amount of food each day. If you are a sedentary woman who weighs 200 lbs, you can eat about 2,000 calories per day and maintain your current weight. But, the truth is, if you have decided to lose weight, it is probably because you have been gaining weight recently. If you’ve gained 20 lbs in the last 6 months, then you are not just eating 2000 calories per day. You are likely eating closer to 2500 calories per day. So when you start dieting, cutting 500 calories seems like a lot, but that was just enough to get you back to baseline. If you want to lose weight, you have to cut even more. If you wanted to lose the 20 lbs over the next 6 months, then you would have to cut 1000 calories per day from what you are currently eating (2500 minus 500 extra minus 500 to lose equals 1500 calories). Going from 2500 to 1500 calories seems drastic; but, this drastic cut will only result in losing about 3 lbs per month. This is why people quit their diets: because the drastic caloric cuts don’t seem to pay off in short term, recognizable results.

The psychology of eating so little is difficult. I believe that losing weight quickly helps, so that you can see the results and be encouraged by them. Severe calorie restriction also becomes easier with time because you become used to less food. For this reason, instead of focusing on feeling “full” by trying to eat large quantities of low calorie food, just eat less and adjust. There are no tricks, just discipline.

What is most eye-opening for people is the calorie content of the foods that they eat and how little they should be eating to lose weight. We misjudge portion sizes and misjudge calorie contents of food by a significant amount. Let’s look at some examples.

The other thing I had to do was reduce the amount of insulin I was taking, and I did so rather dramatically. I was often forced to “cheat” on my diet due to hypoglycemia, and I was surprised at how much insulin I cut out. 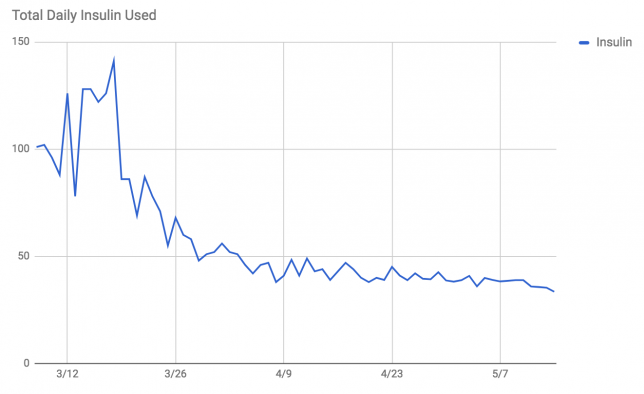 One last point: I wasn’t that overweight or that out of shape when I decided to do this, but I was technically obese and sluggish. By lowering my weight and adding moderate exercise, I likely added about 5 years to my life expectancy, not including the positive effects on diabetes. Plus, my quality of life will be better for any remaining years. With the impact of better blood sugar control and exercise on diabetes, the true life expectancy addition may be in the 10-15 year range. Not bad for three months worth of work. Now imagine how much a more obese person has to gain! 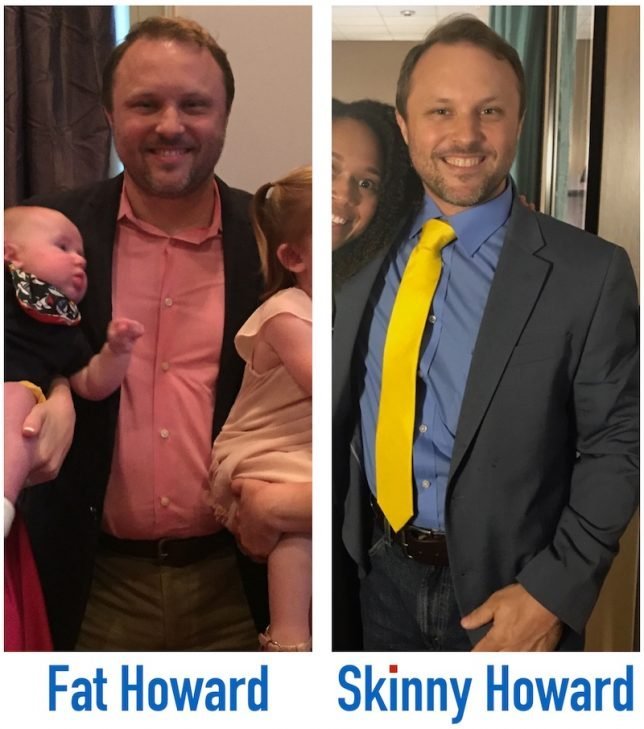 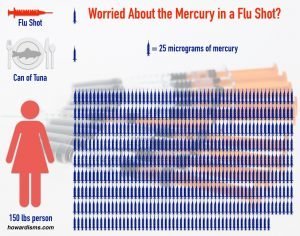 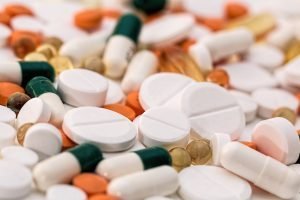 Yes, Vitamin D is a Scam