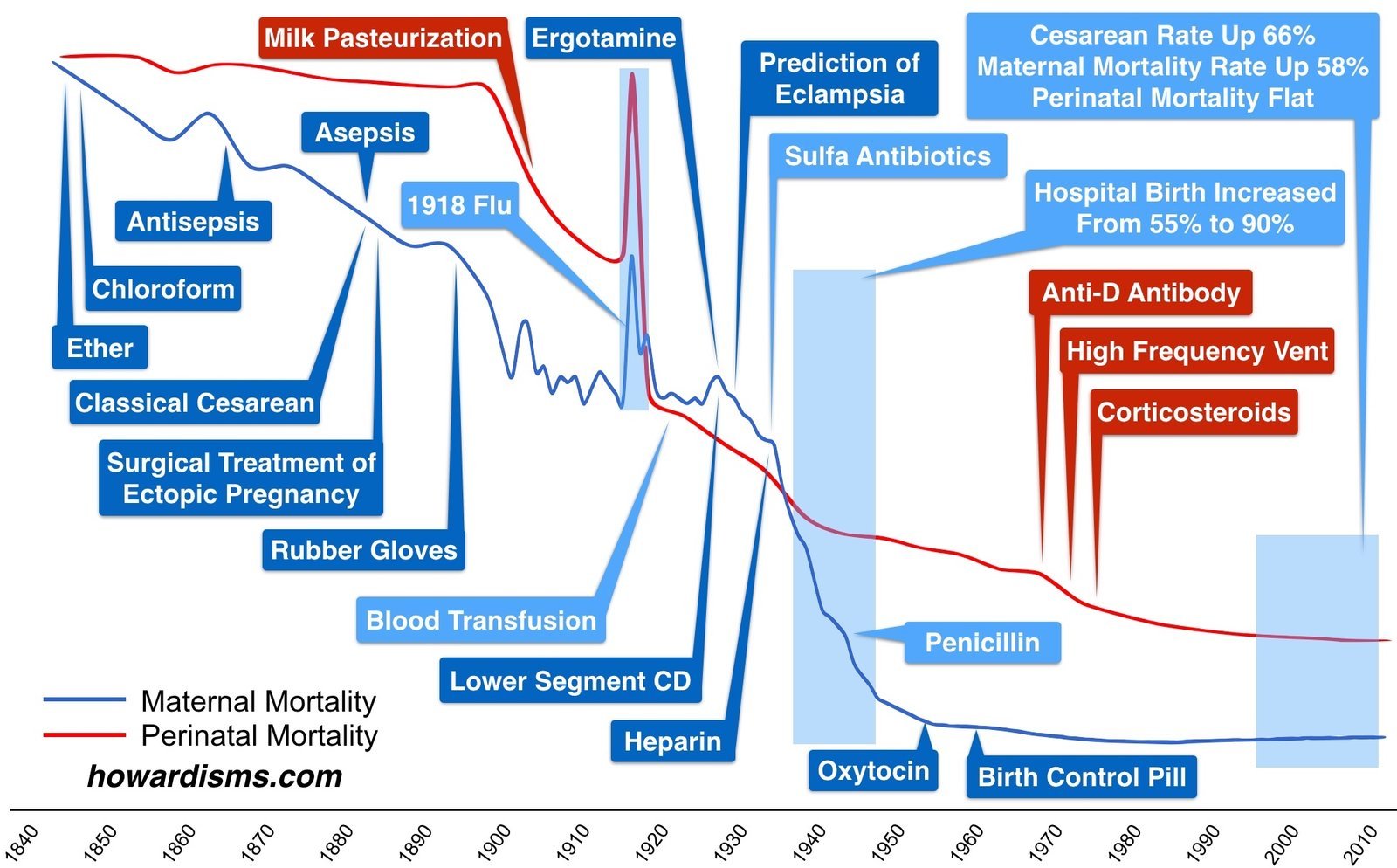 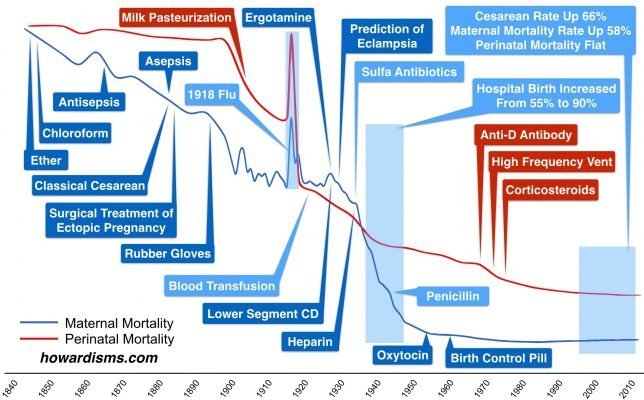 In the middle of the 19th Century, even in the Western world, a pregnant woman had about a 1% chance of dying during a given pregnancy; since there were no effective means of contraception, the average woman in America had about 11 pregnancies. This gave her a lifetime risk of around 1 in 8 or 1 in 9 of dying due to pregnancy. This rate of maternal mortality is still seen in some parts of sub-Saharan Africa today. 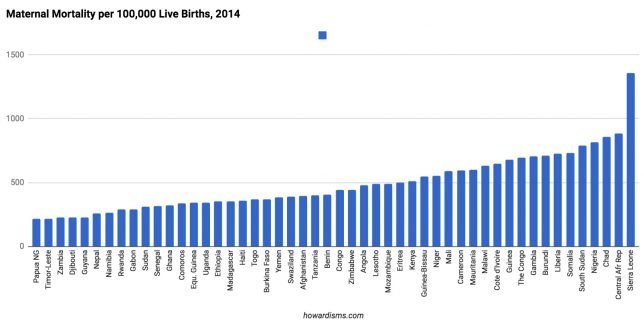 Women died in the past primarily of:

Take a look at some of the interventions that changed this:

The Spanish Flu pandemic of 1918 was horrific for mothers and babies and signals the importance of Flu shots (and other vaccines) today. 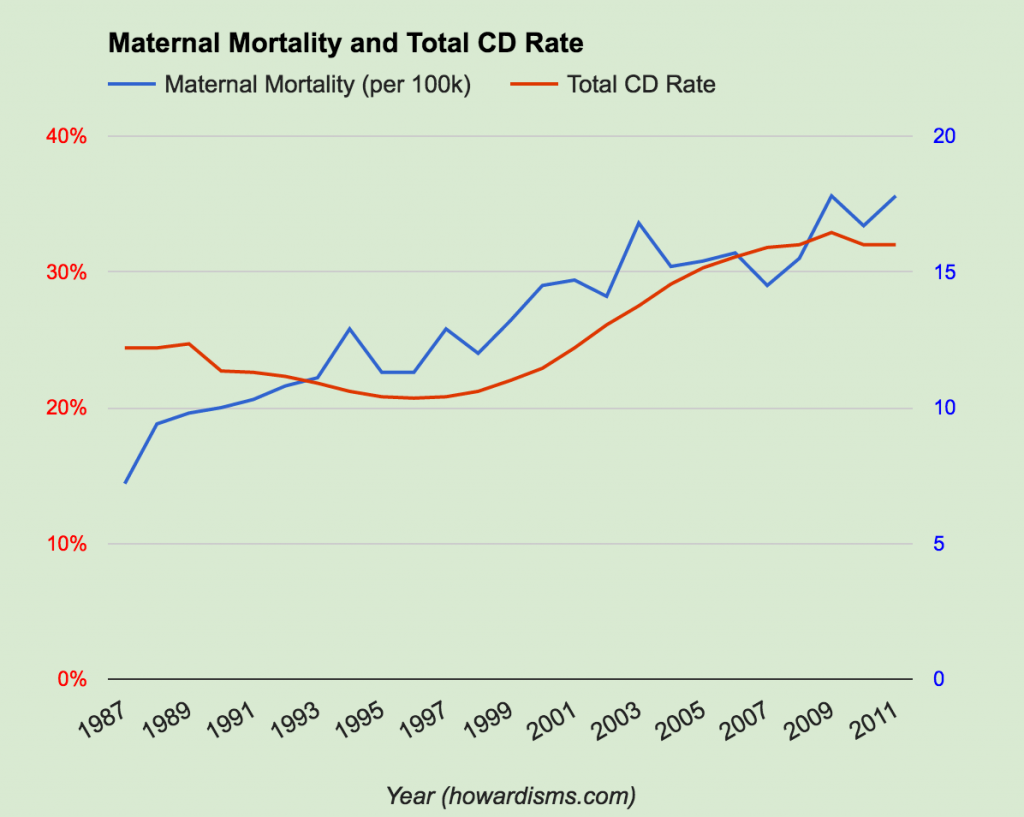 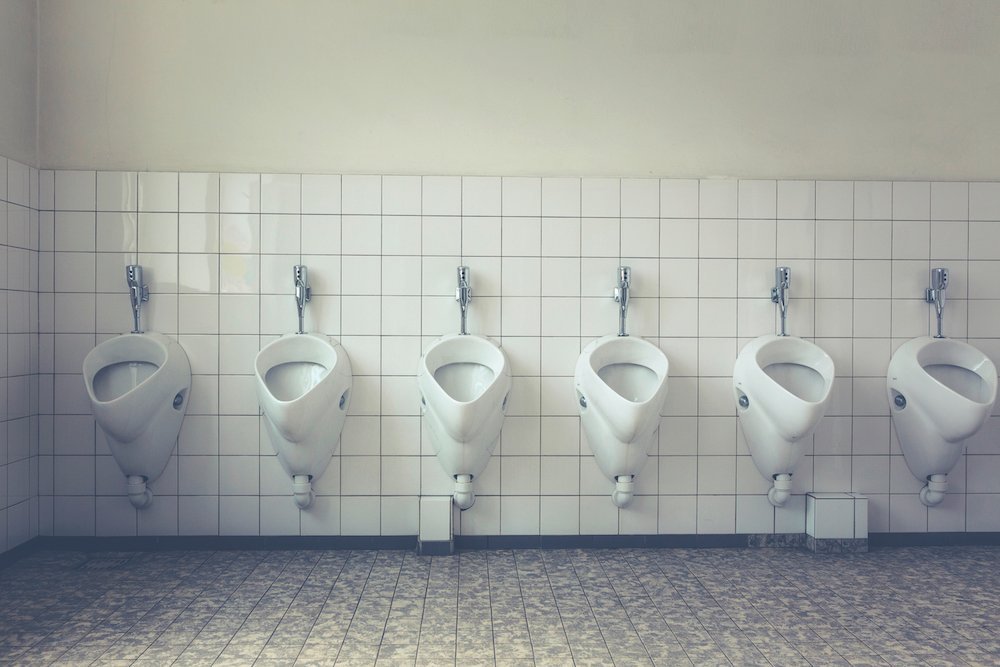 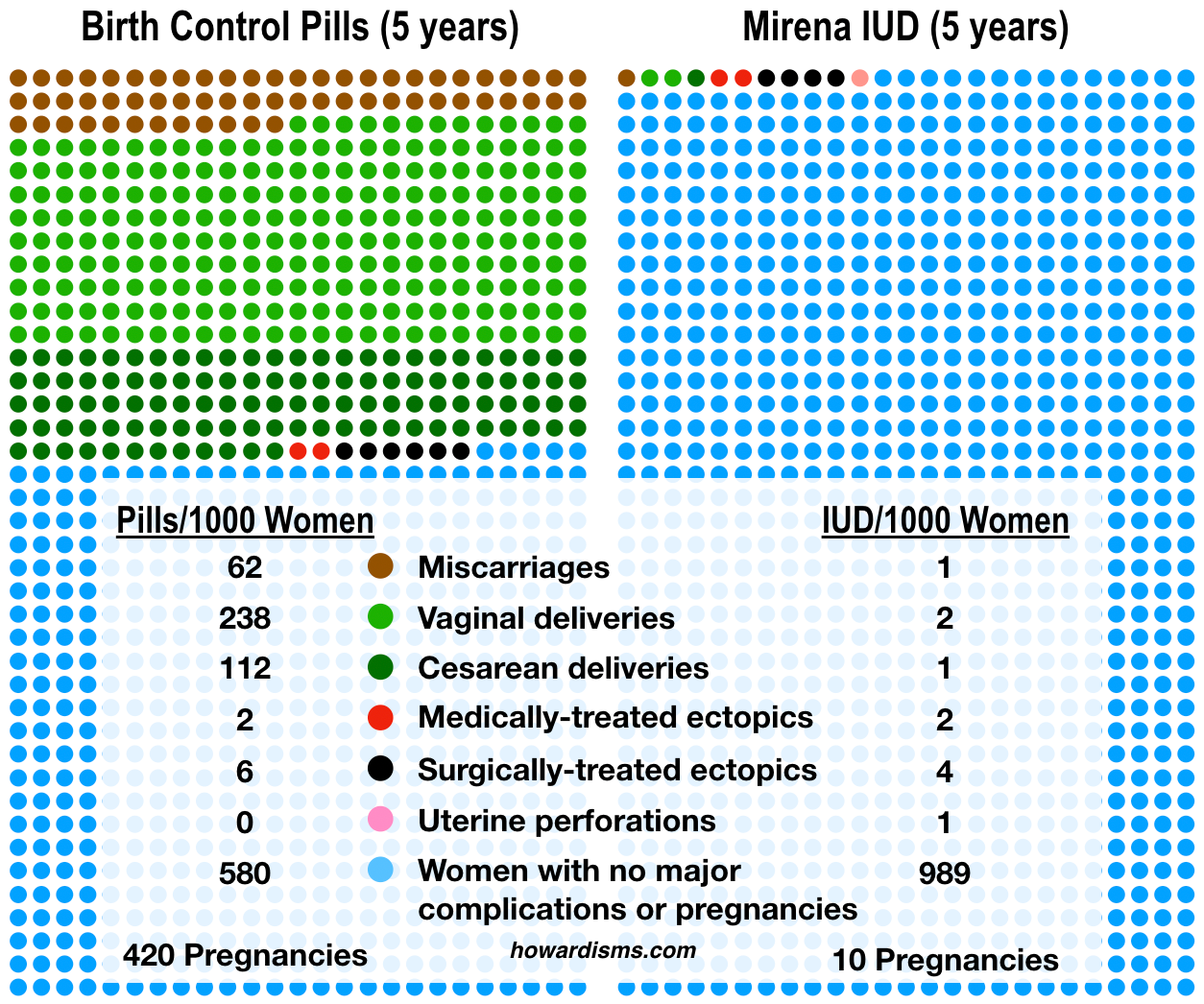