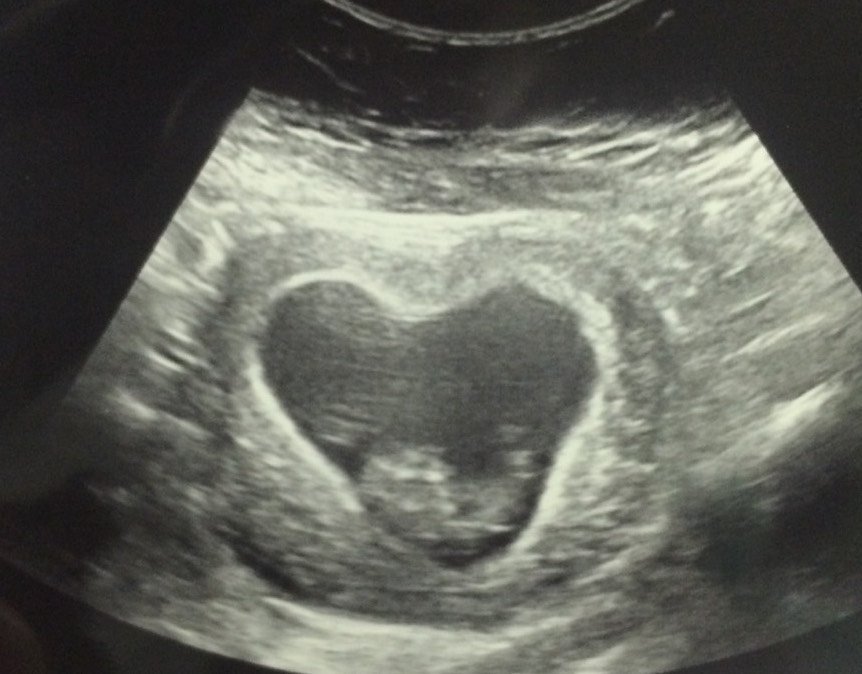 The estimated date of delivery (EDD) is incredibly important in providing quality prenatal care. Important decisions at the end of the pregnancy regarding the timing of delivery of both normal and high-risk pregnancies hinges upon the early establishment of the EDD. Based on the patient’s history and the earliest available ultrasound, the obstetric provider should determine the EDD as soon as possible in the pregnancy and document this and discuss it with the patient, educating her, for example, that it is not subject to change based on later ultrasounds. Even small errors in this determination can have profound effects later in the pregnancy.

It’s also important to know the characteristics of the patient’s menstrual cycle. A normal menstrual cycle is 28 days long with ovulation occurring 14 days before the start of the next cycle. Pregnancy calculators that are used to determine the EDD from the LMP assume that a woman has a 28 day cycle. But, the reality is, most women do not have a 28 day cycle. Some women who do normally have a 28 day cycle may have other reasons for making the LMP inaccurate; for example, if they were taking birth control at the time of conception or just don’t remember the exact date. Many women who are not attempting to conceive don’t have an accurate reflection of when their last menstrual periods occurred.

Other important questions include, When did the patient have a positive pregnancy test? and When did she first start developing symptoms of pregnancy? Usually the first noticeable symptom of pregnancy, other than a missed period, is breast tenderness or breast engorgement. Other early symptoms include urinary frequency and nausea. Many women describe nipple tingling as their first symptom.  These early symptoms can occur even before the missed period.

Transvaginal ultrasound can generally detect a small gestational sac as early as 4.4 weeks, with the detection of a yolk sac 2-3 days later. A fetal pole with cardiac pulsation can be detected at about 5.5 weeks. A pregnancy test can be positive usually no earlier than 3.2 weeks, if even then. So understanding when the first test was positive (and in some cases when a test before that was negative) can help you establish minimums and maximums that you expect the gestational age to be in early pregnancies.

Ultrasound (US) has an inherent margin of error for calculating the gestational age. This is generally thought to be about 8%. This margin of error is likely less than 8% when the ultrasound is performed between 5.5 weeks and 6.2 weeks, though human error in measuring early pregnancies (such as including the yolk sac in the measurement of the fetal pole) can create significant error. Let’s say a woman comes in for an early pregnancy ultrasound and she is 8.1 weeks by LMP according to a pregnancy calculator.  An ultrasound is performed and the fetal pole measures 7.2 weeks. This is 6 days different, while 8% of 8.1 weeks is 4.5 days. So since the difference is greater than 8%, then the EDD is changed based on the ultrasound.

At 20 weeks, the same patient has a growth measurement of the fetus and it is 410 grams. This is in the 97th%tile, and that patient is told that she needs to be followed with serial ultrasounds because of the size of the baby and that she is likely to have a very large baby (and the physician is biased to more likely perform a cesarean section). Yet, if the due date based on her period is correct, the same fetus would only be in the 64th%tile. According to what we know so far, the EDD by US is best and the fetus is in the 97th%tile.

However, let’s assume that the same woman has a 26 day menstrual cycle. Had this been taken into account at the first visit, she would have been estimated as being 7.6 weeks, now a difference of only 4 days. By both the 8% rule and the ACOG Committee Opinion (Method for Estimating Due Date, Number 611, Oct. 2014), the EDD based on the LMP would still be preferred. With this correct change, at the same 20 week US, the 410 gram fetus would be in the 79th%tile instead of the 97th%tile. Undoubtedly, the counseling to the patient would be significantly different and so would the cognitive bias imparted on the provider.

The opposite scenario can also emerge where a fetus looks much smaller than it should at the midtrimester ultrasound, resulting in an extensive workup for causes of early intrauterine growth restriction and lots of maternal anxiety.

The big point is that being accurate about the EDD and determining it as soon as possible can be critical in some instances. A laissez-faire approach to determine the EDD and using pregnancy calculators can have significant implications.

One last, related point: Chambliss and Clark in 2014 studied the accuracy of paper (nonelectronic) pregnancy wheels. Out of thirty paper wheels examined, only 10 gave the correct due date (assuming it wasn’t a leap year). Among the rest, the margin of error was as much as 4 days, though because some wheels were inaccurate in different directions, the largest discrepancy observed was 7 days! Obviously, error begets error. An incorrect due date compounded later by inaccurate calculator wheels can have significant consequences.

How should you not determine the due date of a pregnancy? Very commonly, I see patients who had a quantitative HCG at the emergency department or a primary care physician’s office, and based on the results of this value they are told how pregnant they supposedly are. This is highly inaccurate in most cases and should be abandoned. In fact, quantitative HCGs have little value in pregnancies that have progressed to the point of being seen on ultrasound, though I commonly see them checked in late first and even second trimester pregnancies in women with bleeding or some other complaint. The following chart represents the range HCG values can have per week of gestation:

As you can see, an HCG of 5000 might date a pregnancy at 5 weeks or 25 weeks. A value of 8000 might represent a pregnancy anywhere between 5 and 8 weeks, and that’s assuming that other unusual circumstances don’t exist, like a twin pregnancy. The real point is, the pregnancy should be dated by ultrasound in those cases and use of HCG should be reserved only in very early (less than 5 week) pregnancies. 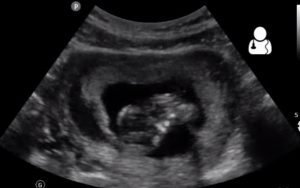