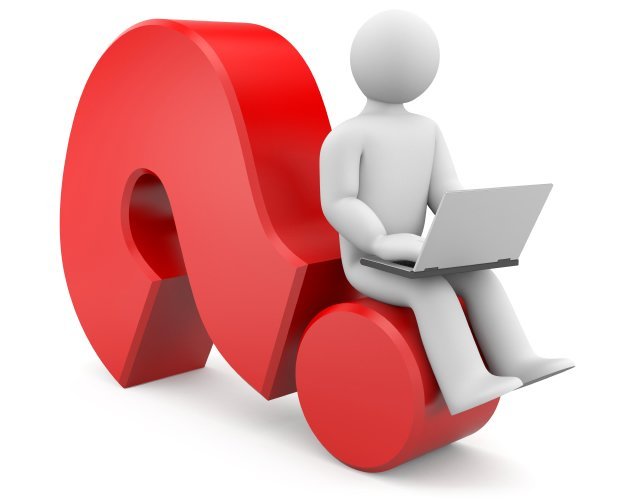 Q. How should we define it? Is it any vaginal delivery requiring more than downward traction to deliver the anterior shoulder? Is it further stratified by usage of additional maneuvers or time? This obviously gets very subjective…

A. In the literature, the two most common criteria used to define shoulder dystocia are,

So shoulder dystocia would not be defined as any vaginal delivery requiring more than the usual downward traction or requiring subjectively greater traction force. These definitions (and even the choice of using the first additional maneuver, usually McRobert’s position) are incredibly subjective. “More than usual force” will have different meanings to a third year medical student, intern, seasoned resident, and attending. Thus, the first definition of requiring two or more maneuvers gets rid of most of this subjectivity. The subjective idea of pulling harder than usual, with a quick reflex to placing the patient in McRobert’s position, would not qualify as a shoulder dystocia. However, if things go further than this, by requiring an additional maneuver, then it would qualify. Similarly, it is unlikely that pulling harder + McRobert’s would take longer than 60 seconds, so this too would not qualify most of these types of deliveries as a shoulder dystocia.

Which of these two common definitions makes the most sense? To me, the first definition is the most meaningful. I can go through 4 or 5 maneuvers in under 60 seconds and alleviate the shoulder dystocia, but by the second definition, that delivery wouldn’t count. Some of this reflects a change in delivery routines. We no longer routinely stop once the head is delivered, allow the shoulders to restitute, reduce nuchal cords over the head, DeLee suction babies with meconium, or bulb suction all babies. So 60 seconds delay from head to shoulder is unrealistic when the method of delivery is to proceed immediately with delivery of the shoulder as soon as the head is out.

Q. Do we then care about further stratifications of time and/or additional maneuvers? Why or why not?

A. If we accept that shoulder dystocia is defined as any delivery requiring two or more maneuvers, then carefully documenting the total number of maneuvers utilized and the total time of the dystocia definitely provides more information explaining the severity of the dystocia and the potential for neonatal complications. There is obviously a dramatic difference between a dystocia that required two maneuvers and lasted thirty seconds and another that lasted 6 minutes and required a Zavanelli maneuver. Decisions about management of the newborn depend on this knowledge and counseling about future deliveries definitely depends on this information.

A. This is common practice and the short answer is, no, the information should not be presented. It serves only to bias providers. There are several risk factors for shoulder dystocia, including maternal obesity, diabetes, excessive weight gain, and fetal macrosomia. Yet, only 25% of shoulder dystocia cases have even one risk factor present. While an awareness of risk factors is helpful, by the point a woman is in labor, the management is no different. She either has a baby small enough to attempt a vaginal delivery (less than 4500 grams for diabetics and less than 5000 grams for non-diabetics) or she doesn’t. Since 75% of women who have shoulder dystocias have no risk factors, then the same amount of vigilance and preparation for shoulder dystocia should be present at every delivery.

If a woman has passed her GTT, she does not have gestational diabetes. Tons of data exist looking at comparing lower or different thresholds for diagnosing diabetes, and lower thresholds do not reduce the risk of macrosomia or shoulder dystocia, but they do increase the risk of cesarean delivery due to the cognitive bias conferred onto the provider from labeling the patient as a diabetic. The latest such paper is here. In the same way, highlighting risk factors for shoulder dystocia and essentially labeling a woman who passed her GTT as diabetic because she failed her GDM screen only further serves to bias the provider and undoubtedly increase the risk of cesarean delivery.

Q. A woman presents with symptoms of preterm labor, like contractions or pelvic pressure. She has no urinary symptoms. What is the utility of sending a urinalysis?

A. If you appreciate the discussion in How Do I Diagnose a UTI?, then the most important test is assessing whether the patient has symptoms of a UTI. Are uterine contractions a symptom of a UTI? No, they are not. Does asymptomatic bacteriuria lead, in some cases, to preterm labor? Yes. But the woman who presents with uterine contractions or pelvic pressure likely is not in preterm labor. And the woman in frank preterm labor is beyond the point where treating asymptomatic bacteriuria is beneficial. The patient in the vignette is probably having Braxton-Hicks contractions. So, if you don’t consider contractions alone to be a symptoms of a UTI, then checking the urine of this particular patient would be simply screening for asymptomatic bacteriuria. If she has had regular prenatal visits, then it doesn’t make any more sense to repeat this screening at the irregular triage visit than it does to repeat her syphilis screen at the same visit.

In fact, doing a urinalysis may lead to harm, like over-treatment of UTIs or misattribution of symptoms to UTI. After years of telling almost every woman with preterm contractions that she has either a UTI or is dehydrated (neither of which are likely to be the cause), then the triage nurse, resident or physician really begin to believe that these are clinically important causes of preterm contractions.

It is true that pyelonephritis, perhaps resulting from untreated asymptomatic bacteriuria, may be the cause of preterm contractions/preterm labor, but the patient described in the vignette does not have pyelonephritis; and I don’t need a urinalysis to know this – she has no fever and she has no UTI symptoms.

Kohlberg’s Stages of Moral Development (in reference to The Ethics of Deviating From Guidelines).

Q. Do you think most people don’t reach post-conventional thinking and moral reasoning? I remember when I first learned about these principles and it making sense in my mind why I get so frustrated when people won’t do the right thing just for the sake of doing the right thing.

A. I think that Kohlberg’s stages are less important for what they may actually mean or whether they are actually true than for the way people utilize them for self-justification of their behaviors. There is a great deal of legitimate criticism of Kohlberg’s work, not the least of which was that it was based on research on male subjects alone and, as such, is overly androcentric. He misogynistically argued that women rarely reach post-conventional stages. So I was not arguing for the validity of Kohlberg’s model or arguing that most or even many physicians have reached post-conventional moral reasoning. In fact, this may be the whole problem, if we accept Kohlberg’s model.

My point, rather, was that most physicians learn about these stages in medical school and, lacking introspection but possessing hubris, tend to imagine themselves as having reached a post-conventional stage. This erroneous belief about themselves then serves to self-justify any rule-bending or rule-breaking that they do. They come to see themselves as the higher class who makes the rules (and therefore not bound by them). They increasingly utilize “the ends justifies the means” logic.

Send me questions like these and I’ll answer them!