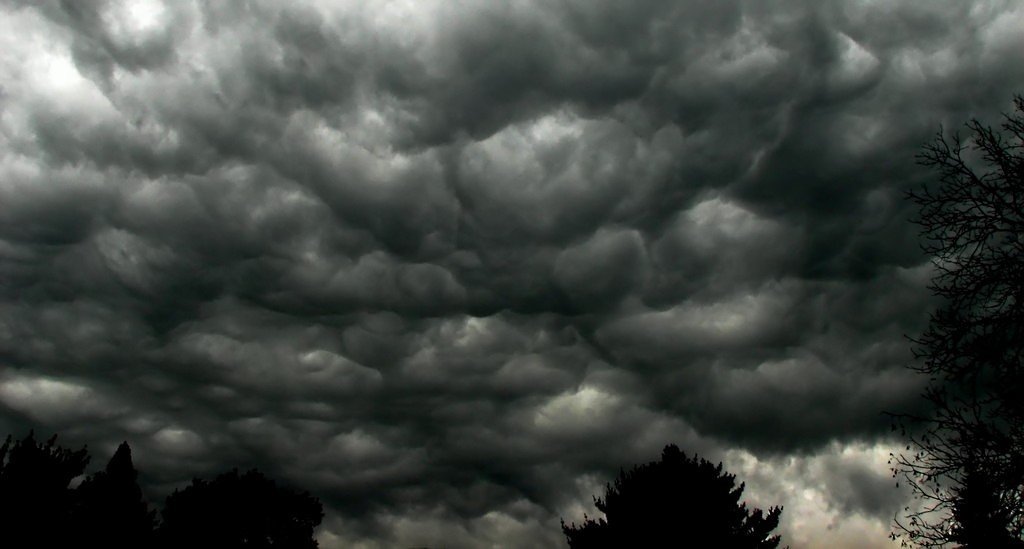 It’s amazing how superstitious so-called “scientists” tend to be. Medicine is filled with many superstitions. If you are an Obstetrician, surely you have heard that more babies are born on full moons. Perhaps you believe that when there is high atmospheric pressure, amniotic sacs tend to break more frequently. Maybe you’ve been told that red-headed patients bleed more. You may know a surgeon who refuses to post cases on Friday the 13th. Your hospital or office may not even have a room numbered 13. Mine doesn’t.

Some of these myths may have an air of scientific validity. Surely there is something about how the full moon affects the oceans that causes women to go into labor? Yeah, OK. We will get back to that one later. But what about our black cloud colleague? Typically when a physician has a pattern of bad outcomes or a series of cases with higher rates of complications than normal, a reasonable person might assume that the physician lacks competence. Of course, if the person is likable and sympathetic, if she always has a reasonable excuse for each problem, then we might say that instead of being incompetent she has a “black cloud” lingering over her or some other statement of “bad luck.”

I’m sure you have met people who genuinely believe in black clouds. But this is an example of cognitive dissonance at its best and this idea is potentially harmful to our patients if it interferes with our ability to do appropriate peer review and quality improvement for these “black cloud” physicians. So let’s not pretend that bad luck or good luck is why bad physicians have bad outcomes or good physicians have good outcomes.

So what are black clouds? A study was published in 1993 which tracked a group of 19 Pediatric residents for one year. They found that the residents did not differ significantly in the amount of work each performed; yet, the “black cloud” group perceived that they worked more and had more difficult patients. Even though this was not objectively true, those residents did report sleeping much less, they perceived that they worked harder, and they had reputations for having difficult on-call experiences. The authors concluded, however, that they were different only in the sense that they were less efficient and created more work for themselves. Though an observer might view them as hard-working, tireless physicians cursed with difficult patients and volumes, the reality is they were less competent and less efficient than the other residents. A study published last month made similar conclusions about Internal Medicine residents.

All of this is logical. There’s no reason to suspect that the distribution of patients and types of patients and cases and types of cases would be significantly different over a long period of time. But the attitude of the physician is key: those who perceived themselves as having a black cloud actually did sleep less, worry more, and, in some cases, have poorer outcomes. It is a self-actualized prophecy. So lesson number one is,

Keep your work in perspective and don’t get lost in the drama of believing that you are cursed.

For many, though, the black cloud is more than just losing sleep: the extended definition of a physician with a black cloud is a physician who has a disproportionate number of negative outcomes and complications. This is the more serious issue. This is not simply a question of people complaining about their work or feeling overburdened, this is a case of physician actually having a higher rate of complications than would be expected. For example,

I’m sure you can think of more examples. We have blamed a lot of complications over the years on the patients themselves. This is an interesting but non-productive strategy. This tendency appears to be more common among narcissistic physicians, who struggle accepting personal responsibility. We might blame the patient’s lack of compliance for our own medical failures, or we might blame wound infections on the fact that the patient smokes rather than our shoddy technique. But the medical literature does not support, in most cases, this misattribution of fault to patient characteristics. Yes, some patients are harder, but there is comparative data available for those types of patients.

Physicians are currently fighting to prevent comparative data from being posted online. For Obstetricians, a quality website might list things like primary cesarean delivery rate, successful VBAC rate, episiotomy rate, third or fourth degree laceration rate, etc. Many doctors fear this type of data because they know that, by comparison, their outcomes will look poor. They believe that they are excellent physicians, but that they have bad patients or sicker patients. Yet, we can appropriately stratify these data for patient characteristics, like age, BMI, smoking status, etc. There’s  really nothing for them to fear except the truth. Physicians’ reluctance to publish this data publicly is a major impediment to market-driven quality improvement; and, on a personal level for them, it might serve to burst their black cloud bubbles.

Physicians need to put aside their arrogance and competitiveness in order to better serve patients. If your surgical patients tend to bleed more than your colleagues’ patients, it’s almost certainly a reflection on your surgical technique. Stop blaming it on superstitions. Rather, change your technique and learn what you can do to be better. If a disproportionate number of your patients are admitted to the ICU, don’t blame those patients. Blame yourself.

It is inescapably true that there are a certain number of bad outcomes and complications that are to be expected in any field of medicine. Appreciating the appropriate rate of these negative outcomes (by comparison to colleagues or national data) and then cataloging your own cases to understand what your personal complication rates are, is paramount to delivering quality medical care. How many obstetricians know what their primary cesarean delivery rate is? How many surgeons know what their wound infection rate is?

One of the most important metacognitive, debiasing strategies that a physician can employ is to keep personal database of outcomes that are important to his or her specialty. Then, the physician is able to compare her personal outcomes to those of her peers, either locally or nationally. But it’s not enough to do just this. If you note that your outcomes are poor in some regard compared to your peers, then you must make a change.

There are dozens of quality improvement strategies in the business and scientific world. Many have the form of PDCA: Plan, Do, Check, Act. This is an iterative cycle that builds in objective quality assessment with tracking and improvement. It requires an objective, data-driven evaluation of outcomes along with the openness to continually change and improve. Yet physicians often feel that once they have mastered a particularly competency, they are done, and few have any meaningful data upon which to base action. Most physicians are hostile to feedback and almost all are uncomfortable with uncertainty and change. These characteristics derail real quality improvement. So, physicians just blame bad outcomes on black clouds or other silly superstitions; or they blame the patient, they blame the nurse, they blame the resident, and, if all else fails,  they blame The Fates themselves for their curséd existence. Lesson number two is,

Know how well you do whatever it is that you do and always seek to analyze it and improve it.

Here are some other superstitions that we should drop from our rhetoric.

Think that these superstitions are just good fun? They aren’t. Like the myth of the black cloud, they seek to explain things that appear unexplainable and grant control of situations that appear uncontrollable. They raise anxiety for no reason and actually lead to inappropriate care and medical mistakes. For example, the physician with the black cloud might run extra tests on patients who do not need them, leading to over-diagnosis. Some surgeons cross-type blood routinely for red-headed patients. Ultimately, if we are tuned in to expect something bad to happen, we often contribute to the bad thing happening. For example, taking extra “precautions” or choosing a different surgical approach, or different tests, just because a patient is a nurse is an example of the worse type of ignorance, bias, and superstition in medicine, but it happens everyday. Black cloud physicians might choose to deviate from standard protocol in an effort to “ward off evil spirits.” Yes, I wish this were a joke. But remember that many of our negative outcomes in medicine come from too much intervention.

Blaming things on superstition or other external factors encourages us to make excuses rather than improve our processes. This is the greatest harm of such beliefs. We have to monitor ourselves and our colleagues and demand quality.

One last point about black cloud physicians: The previously cited studies found that these physicians usually suffered from less sleep, more stress, and more anxiety than their white cloud peers even though their situations were similar. Some of this may be related to underlying anxiety disorders. If a person believes they are cursed, they will be. But performance will likely worsen, not improve. Remember the Yerkes-Dodson curve, which illustrates that our performance initially increases with increased level of arousal (or anxiety), then drops precipitously at a certain point of too much arousal (or anxiety). These black cloud physicians are their own worst enemy, living too far to the right of this graph.

In addition to superstitions contributing to this psychological impediment to competency, a great portion of the anxiety is due to just a lack of competence. To most 14-year-olds, driving a car is fraught with anxiety and fear. Why? They don’t know how to drive. When they first start learning to drive, they make rapid over-corrections and poor decisions. They are, in some ways, too cautious. But eventually, they gain competence in driving (well, most people anyway). The average 24-year-old, in comparison, drives effortlessly, almost thoughtlessly, no longer negatively affected by anxiety and fear. Medicine and surgery is no different. Many physicians just lack basic competency because they never learned. The truth is, the practice of medicine should provide no more anxiety to the average physician than driving a car does. Of course, there will be some scary roads and near misses, maybe even a wreck or two, and every now and again there are icy roads or driving rains, but on the whole, driving is not a scary thing. So the last lesson is,

Don’t worry about what you can’t control and control the things you can.

How Do I Make a Differential Diagnosis? Or, Pelvic Pain