Unfortunately, it is all too common for physicians to proudly and defiantly deviate from national guidelines or accepted practices related to patient care. This may be motivated by a lack of knowledge that the guideline exists, disagreement with the guideline, a poor understanding of it, or just a rebellion against the norm that makes the physician feel unique and special. This feeling of uniqueness and specialness drives anecdotal medicine. It helps to fill the narcissistic pool of the average physician who believes that he or she possesses special knowledge, abilities, or insights based on his or her experiences, rather than settling for following a peer-reviewed, evidence-based national guideline.

Choosingwisely.org lists hundreds of over-utilized (and some under-utilized) interventions (organized by speciality), including things like ordering unnecessary screening EKGs or chest x-rays, performing cell-free DNA tests on low risk women (or terminating pregnancies based on the results), ordering CT scans in ERs on young healthy patients with renal colic and a history of renal stones, ordering spiral CTs on patients with a low pretest probability of PE, etc. Yet, the list exists because these practices are so common, leading to over-diagnosis, over-treatment, run-away costs, and, ultimately, patient harm.

In many cases, there is legitimate debate about the appropriateness of a guideline and more than one guideline may exist; for example, mammography in the US currently has three differing national guidelines, from the USPTFS, the ACS, and ACOG. But all too often, consensus guidelines do exist, yet physicians choose not to follow them. The National Guideline Clearinghouse provides a searchable database for most of the guidelines available to US physicians.

Let’s examine the ethical implications of choosing not to follow a consensus guideline or an evidence-based recommendation. We can use the four classic principles of medical ethics to analyze this:

Autonomy. In the United States, autonomy is generally the over-riding ethical principle ( and is deferred to where conflicts between our ethical values exist). Autonomy is often cited by providers as the reason why a deviation from a guideline occurs. For example, the reason given for performing a pap smear on an adolescent might simply be, “The patient requested it.”

However, autonomy implies an informed patient. Autonomy is the reaction to traditional paternalism that has pervaded medicine for centuries. Patients have a right to choose or reject any test or therapy once they have been accurately and fully informed of the actual risks and actual benefits. Unfortunately, it is rare that a patient is adequately and fully-informed. It stands to reason that a patient who would choose a test associated with harm and no potential benefit, such as a pap smear under age 21, was not fully-informed and was, in fact, biased by the provider. This is an example of soft paternalism. If the physician provides a one-sided perspective, implying individual benefit (without an appropriate discussion of potential harms), then the consent obtained to perform the test was fraudulent and an autonomous decision did not occur.

When patients are fully and correctly informed about risks and benefits, the majority of patients will choose to comply with evidence-based practices. Some will not, based on individual values. For example, blood transfusion might be life-saving in some circumstances; yet a fully-informed Jehovah’s Witness patient still has the autonomy, based on her individual values, to decline transfusion. Or a patient with cancer might choose to forgo chemotherapy that might extend the length of life at the cost of quality of life. The physician, in both cases, has no right to impose his own values on the patient, nor does he have a right to lie to or mislead the patient about the risks and benefits of treatment in order to sway the patient into making the choice that he might make himself.

Beneficence. Beneficence is a strong and important ethical principle for physicians. Many argue that it is the most important ethical principle that governs physicians. We, as physicians, have a fiduciary responsibility to patients to bring our years of training and expertise to bear to empower our patients to choose the best treatments and interventions. Our influence is large and almost inescapable. There is an enormous power differential between physician and patient, and the ethical principle of beneficence stands to prevent physicians from abusing that power differential (an example of a professional boundary violation) by not providing the patient with care which is based on best-evidence and best-practices. A patient comes to a physician with the expectation that she will act in the patient’s best interest and with the expectation that the physician is up-to-date and educated regarding current practices. When a physician violates this fiduciary responsibility, he has committed a professional boundary violation and violated the most sacred trust that exists between physician and patient. Of course, much of medicine is a gray area of uncertainty regarding benefit and risk; but where consensus guidelines exist, when they are violated, this constitutes a potential professional boundary violation and the physician is obligated to carefully document the reasons for the deviation and discuss this with a fully-informed patient.

Non-maleficence. If we think of this as providing the most benefit with the least amount of risk, then it illustrates the importance of truly and thoroughly considering all risks and benefits. We also must do this in concrete terms, not in a nebulous, anecdotal, and experiential framework.

For example, the potential benefits of doing a pap smear on an immune-competent woman under age 21 is so small that we are not able to measure this theoretical effect in real terms, such as number needed to treat (NNT). While cases of cervical cancer have been described in women under 21, these are almost all adenocarcinomas (for which pap smears were not designed to screen). Invasive squamous cell cervical cancer is essentially unreported in this population.

The risks, however, can be extraordinary, ranging from the potentially irreparable psychological damage of telling a young, newly sexually-active woman that she might have a sexually-transmitted cancer, to unintentional sterilization of a woman who had her cervical canal scarred down from an electrocautery cervical procedure or a woman who had an emergency hysterectomy due to complications of a CKC or LEEP procedure. It’s rare, but it happens, and it happens more than cervical cancer does in the same population of women. Add to this the burden of excess cost related to more frequent pap smears, colposcopies, biopsies, etc., and it is impossible to justify doing a pap smear on a woman under age 21 given the risk-benefit ratio. First, do no harm!

Justice. In many countries outside of the United States, justice is the dominant principle of medical ethics. As healthcare costs rise and rise, and the available monies to fund healthcare shrink and shrink, now, more than ever, we have to consider the societal impact of our medical practice. The cliché viewpoint of treating patients as you might your own sister or mother or wife is flawed and obsolete (not to mention unethical – we should not be treating family members due to the inherent biases that will lead to inappropriate treatment). We have to treat patients on a population level. This also allows us to better apply epidemiological data to our patients. The question we should ask ourselves is, “What is the best course of action for 10,000 patients?” On this scale, we can appreciate the potential harms and potential benefits. We also can place a value on the intervention.

Just because a patient’s insurance might pay for a pap smear is not a reason to do a potentially harmful intervention. The money spent by society on her pap smear might have been better-utilized paying for a child’s vaccination, or some other high-quality, highly-effective medical intervention. Atul Gawande reports here (in an article every patient, medical student, resident and physician should read) that in 2010, the Institute of Medicine issued a report stating that waste related to unnecessary testing and over-intervention accounted for 30% of all health-care spending, or some seven hundred and fifty billion dollars a year, which was more than our nation’s entire budget for K-12 education. So the ethical principle of justice extends beyond just healthcare. An unnecessary pap smear on a 17 year-old high school student might also deprive her of a textbook for school and quality education.

So, should we always follow guidelines sheepishly? No. Some guidelines are contradictory and out-of-date. Many times, a guideline doesn’t clearly apply to the patient sitting in front of you. But if we deviate from a guideline, we should be able to clearly delineate why we did and adherence to guidelines or evidence-based recommendations should be the rule, not the exception. Many physicians, having learned of Kohlberg’s stages of moral reasoning in medical school, believe that they have mature, post-conventional (Stage 6) moral reasoning that absolves them of the duty to follow the rules that the rest of the world (like their patients) must follow. But this is hubris and it’s condescending. Kohlberg argued that this high level moral reasoning should be grounded in justice and ethical principles; only then might a person be excused for not rigidly following a law or precept (as a less mature person might). Certainly, there are examples of medical guidelines that such ethical reasoning might be used against. I just can’t think of any right now. 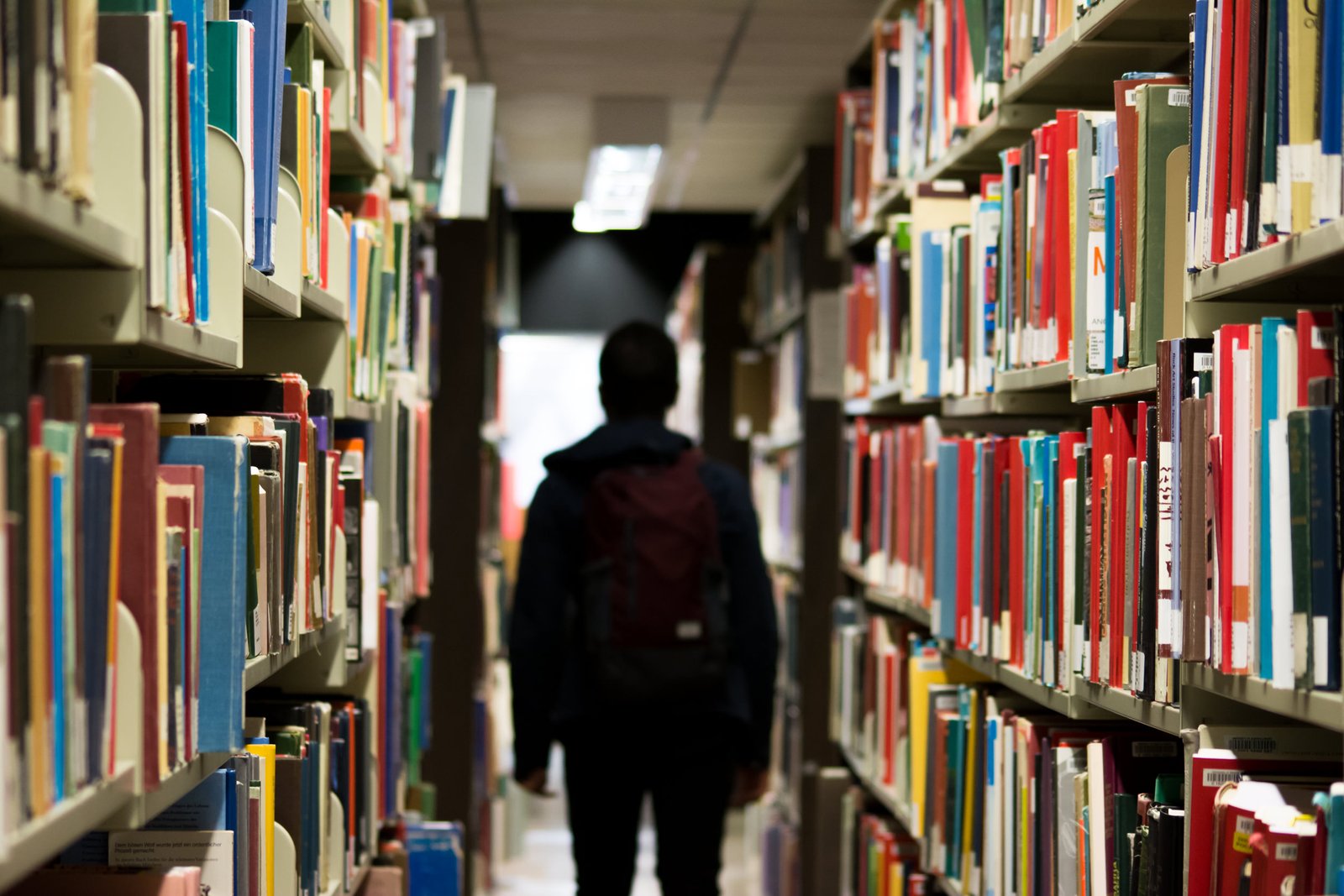