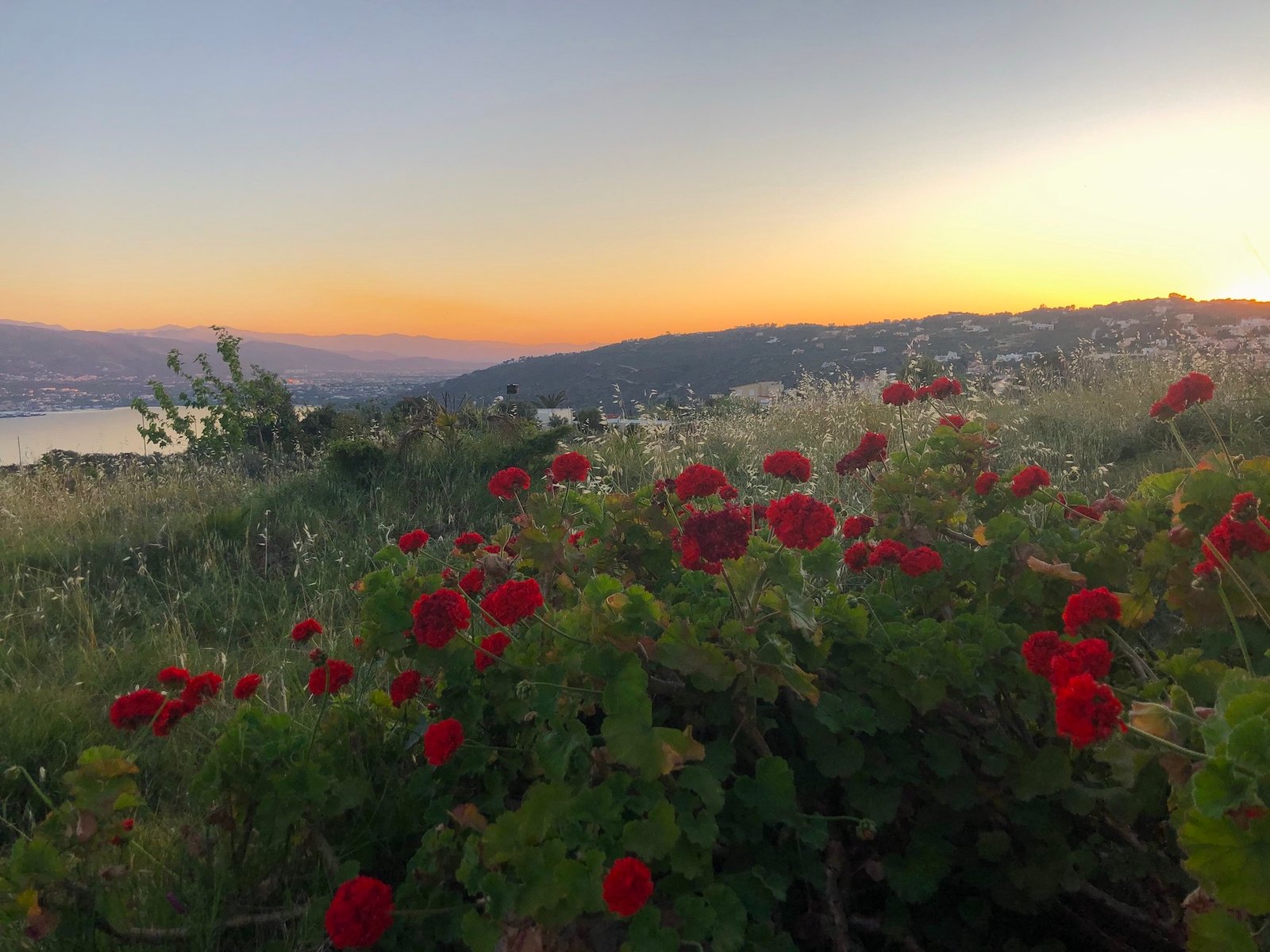 It’s very frustrating to me to see the poor care that many women receive during their pregnancies from obstetricians who should know better. Some of this poor care is born out of ignorance and some of it is born out of exploitation. Whatever the cause, none of it is acceptable.

I know that doctors should know better, but that doesn’t always mean that they do know better. Many doctors rationalize care that is clearly inappropriate or excessive because they financially benefit from that inappropriate and excessive care. That is unforgivable.

For things to get better, I think women must demand better. It’s unfortunate that that burden falls upon the patient because the patient often is vulnerable and scared and doesn’t necessarily have the knowledge or the power to question what the doctor has recommended. But the power differential that exists between physicians and patients makes it even more unethical and abusive when physicians deliver inappropriate care.

Women very often judge a physician as good or bad based upon very superficial things: bedside manner, appearance, likability. Yet some of the most likable and pleasant physicians in the world are also some of the worst. Pregnancy is a particularly vulnerable time for women. Pregnancy loss and infertility are even worse and are even more exploited.

Like used car salesmen, unethical physicians will swarm on those vulnerabilities and exploit women. Ironically, most of those women believe that they had excellent, conscientious care delivered to them. The physicians may believe that as well and I am certain they do not always view their bad actions as driven by greed, but wrong is wrong whatever the motivation.

Let me give you a couple of recent examples of what I’m talking about.

A friend recently texted me about her cousin and asked my advice because they were both worried. Her cousin is a healthy first-time mom who was 36 weeks pregnant at the time of the text. Her pregnancy had been uncomplicated and there were no risk factors or reasons for concern. However, on that day she had gone to her doctor and had an ultrasound that revealed that her amniotic fluid index (AFI) was 22 cm. Because of this, the doctor wanted to send her to a high-risk specialist and wanted to induce her at 39 weeks’ gestation.

Let me put this another way: she had a normal ultrasound. An amniotic fluid index of 22 cm is normal (25 cm is the cutoff for abnormal). Normal ultrasounds (and even most abnormal ones) don’t require consultation with a maternal-fetal medicine (MFM) specialist. It’s also not hard to find out what the MFM would (or at least should) say: this is what the Society for Maternal-Fetal Medicine recommends about polyhydramnios (if she were to actually have it):  no need for antenatal testing, no need for induction of labor at 39 weeks, etc.

So what’s going on here? Well, her cousin has a bad doctor. My question to my friend was why did she have the ultrasound in the first place, though I knew the real reason: to make money. But the purported reason was to follow fetal growth. At 32 weeks’ gestation, a growth scan indicated that the baby was in the 30th percentile (which is normal), so a follow-up scan was ordered (it should not have been ordered); at 36 weeks’ gestation, the baby was now in the 20th percentile (also normal). However, her doctor told her that the drop in percentiles was “concerning” (it is not and within overlapping margins of error) and that the AFI of 22 cm was “the higher end of high” when in fact it is completely normal (normal range is 5-25 cm).

All of this represents inappropriate care that increases the risk of harm to the mother and baby. Unnecessary inductions at 39 weeks for first-time mothers with unfavorable cervices increase the risk of Cesarean deliveries. The added stress and anxiety that she experiences from the false belief that her pregnancy has some problem is harmful to the mother and maybe the fetus. The added expense of the unnecessary scans and consultations is harmful to the mother financially and to society and our medical system as a whole. But, unfortunately, this sequence of events is very common. Too often, the motivation is to make a few hundred extra dollars in ultrasound revenue off each pregnant woman in the practice.

It’s a simple formula: tell the mom at the anatomy ultrasound that her baby is on the small side (less than 50% percentile) or on the large side (greater than 50% percentile) and then suggest a repeat scan later. Better to be safe than sorry. Or measure a nonscientific fundal height and then order an ultrasound when the size is a little too small. Whatever gets a series of ultrasounds started makes money for the practice.

Did that doctor really believe that anyone whose baby is in the 30th percentile requires follow-up ultrasounds for growth? What is the cutoff for normal? I assume that any baby bigger than 70% percentile then would also need more scans? That’s 60% of all pregnant women assuming that the 30th and 70th percentile are his cutoffs. It is all laughable and obviously wrong. These little white lies to make money harm women.

Another friend of a friend recently texted to ask about her glucose tolerance test. Her 1-hour glucose result was 135 and her doctor uses a cutoff of 139 (I believe that is the correct cutoff for this particular patient and her risk factors). However, even though she passed the test by her doctor’s predetermined criteria, the doctor wanted her to take the 3-hour test because she was “close” to failing.

My friend said “why have parameters if you aren’t going to follow them.” Exactly. Normal is normal.

The doctor told her that “everything with you makes me nervous” so that was supposed to be the justification for why she was treating her differently, including – surprise! – serial repeat growth ultrasounds because the fetus was in the 60thpercentile at the anatomy scan. What was it about her that made the doctor nervous? She had a previous preterm delivery at 24 weeks’ gestation most likely related to a uterine anomaly. What does that have to do with gestational diabetes or serial growth ultrasounds? Nothing. But it makes the doctor feel like she is doing something and it makes her some extra money. For many patients, it makes them actually happy because they feel like they are getting extra, erring-on-the-side-of-caution care and attention. But too much care is harmful.

None of this poor care and exploitation of women will change until women demand better. Women must hold doctors accountable and switch to a new doctor if necessary.  But the problem is that women don’t know when the doctor is right and when he is wrong, at least not with enough confidence to go against the doctor’s advice. But there are some very clear cut issues that commonly come up, like yearly pap smears, unnecessary lab testing, unnecessary imaging, etc.

A physician friend of mine a few years ago wrote a letter detailing seven areas of inappropriate care she and her mother had received from their gynecologist. The list included things like unnecessary pap smears, unnecessary rectal exams, unnecessary mammograms, prescribing expensive branded drugs when a generic would have sufficed, refusal to prescribe birth control or hormone replacement therapy without first having an unindicated pap smear, etc.

My friend detailed these offenses but made some other comments I’d like to you to read:

As physicians, we should only do what is indicated; we should also protect our patients from things that are not indicated. We should not do things just because a drug rep or a company suggests it. We should not do things because we want to code (and therefore bill) for services that are unnecessary. We should appropriately educate our patients on risks and benefits rather than give biased information to manipulate them to agree to something not indicated. We should stay up to date. We should not ‘cover our bases’ for fear of litigation; in fact, we should readily be able to refer to guidelines to back up why we are doing things if/when we are sued. If we cannot do these things, we should not practice medicine. We wonder why medical costs are so high in the United States today. The seven things above are things that I, one person(!), know could cut costs.

I imagine most of your patients are like my mother: no medical background herself, trusts her doctors, does not want to be seen as ‘noncompliant,’ easily scared and therefore easily manipulated, works full-time, must take time off from her hourly job to make appointments, doesn’t know what questions to ask, and doesn’t know what her rights are as a patient. I have informed her of her right to refuse an exam (make her sign an AMA if you feel that strongly about your ‘concerns’). I have also highly recommended to her that she change providers if the poor care continues.

That’s impressive. Obviously it takes a lot of courage to actually write that letter and says those words. But she was not afraid to #DemandBetter.

So what’s a girl to do? There are enough clear-cut, straightforward issues in women’s health (like how often you should get a pap smear) that it is fairly easy to recognize when your doctor isn’t up to snuff. If they can’t get the easy stuff right (like how often you need a pap smear), then you probably should not trust their judgment about the difficult stuff (like whether you need a Cesarean or a hysterectomy or not).

I have detailed some of these issues in detail here and here.

Also, check out choosingwisely.org for lists of common but inappropriate care you should avoid, organized by different specialties. And don’t be afraid to read about your problems on acog.org and smfm.org. You might find yourself knowing more than your doctor. Finally, if your doctor violates the clearcut guidelines and doesn’t have a good reason that she can explain to you for doing so, switch doctors. #DemandBetter

To help enable women to make better choices about things doctors do to them, I am starting a new video series on YouTube. All of the videos will be under 5 minutes long and address common clinical questions or problems. The series will follow the BLUF format (bottom line up front), providing the answer in the first twenty seconds or so to each question, but with a more detailed explanation afterward.

I mentioned unnecessary fundal height measurements as a way of drumming up more ultrasound business without improving outcomes above. So, here is the first BLUF video about fundal heights. I’ll post more at least once a week.

The Financial Impact of Not Utilizing Evidence-Based Medicine