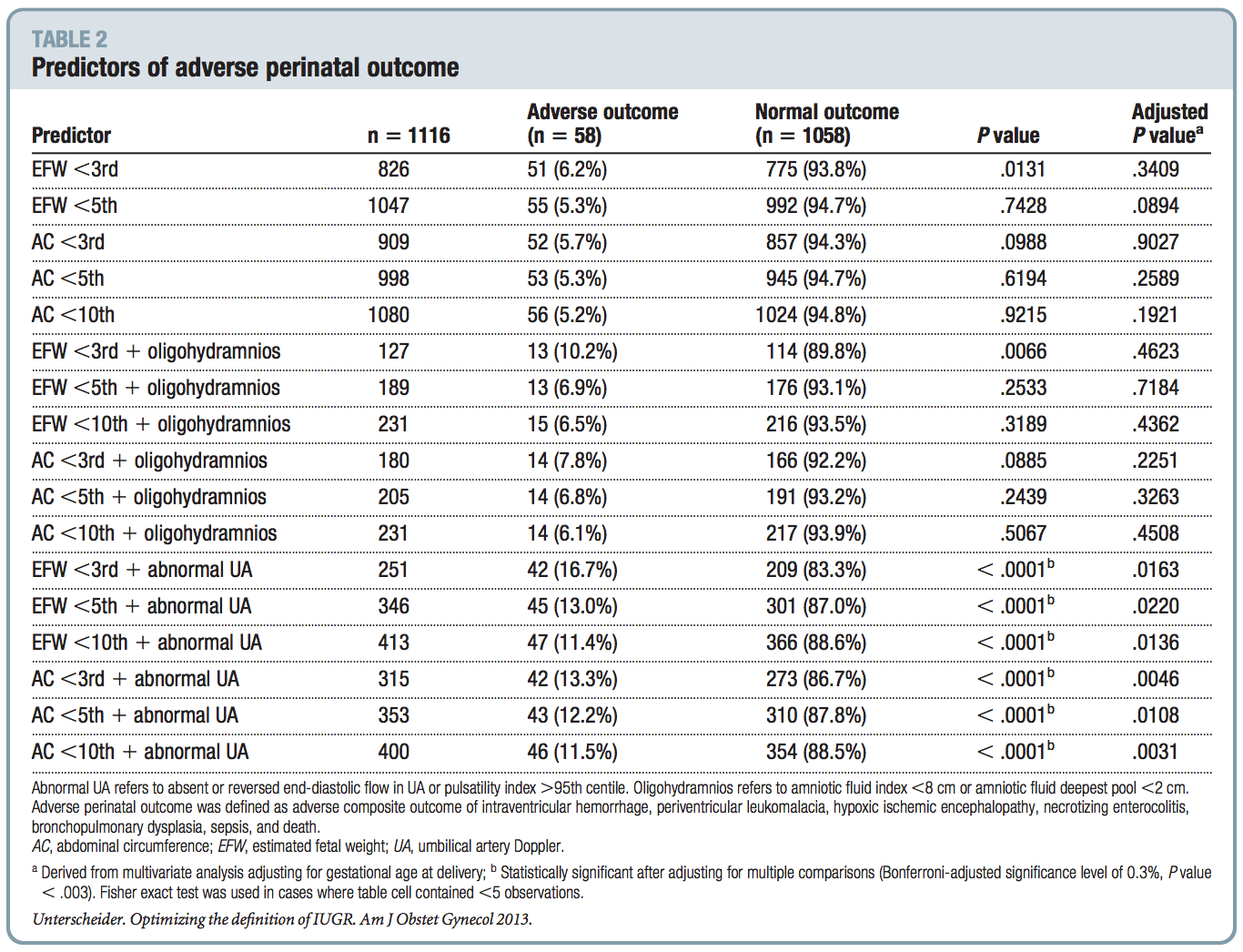 I’m going to post links and summaries of important and influential papers periodically. These are papers which should change the way we practice or at least the way we think about certain aspects of OB/GYN or medicine in general.

The current paper comes from the April, 2013 issue of The American Journal of Obstetrics and Gynecology and is entitled Optimizing the definition of intrauterine growth restriction: the multicenter prospective PORTO Study.

In the past, there has been a great of deal of practice variation and controversy around the diagnosis and management of both intrauterine growth restriction (IUGR) and oligohydramnios. What criteria should be used for diagnosis and how should each be managed?

For IUGR, the following definitions are commonly used:

Once we decide upon the correct way to make these diagnoses, then there is also the question of how each of these diagnoses should be managed while the mother is still pregnant and when should the pregnancy be delivered? Is isolated oligohydramnios a reason to deliver at term? At late preterm? Is isolated IUGR a reason to deliver at term or late preterm? Of course, how we define each diagnosis is important because up to 10% of pregnancies (perhaps more) would be affected, with many women being delivered earlier than normal. These iatrogenic early deliveries in turn may increase the risk of negative neonatal outcomes.

What did they do? The PORTO study looked a women whose pregnancies had EFW < 10th, 5th, or 3rd%tiles, and/or oligohydramnios (which they unfortunately defined as AFI < 8cm or deepest vertical pocket <2cm), and/or abnormal uterine artery doppler velocimetry. They compared various combinations of these outcomes and followed a variety of neonatal outcomes to see which pregnancies were at increased risk based on these ultrasound-predictable parameters.

What did they find? The picture at the beginning of this post, from the paper, summarizes some of their data. Essentially, an increased risk of adverse neonatal outcomes were only seen with patients whose EFW were less than 3rd%tile and/or in patients who had an abnormal uterine artery doppler profile. Isolated oligohydramnios was not associated with increased risk.

What does it mean? For starters, it means that we should stop conceptualizing oligohydramnios as inherently bad. It’s only bad if it’s a sign of uteroplacental insufficiency which will manifest itself as poor growth (less than 3rd%tile) and/or abnormal dopplers. We have long been over-treating oligohydramnios. Instead, we should understand that it simply should be a sign that we should look for evidence of uteroplacental insufficiency (and, for that matter, ruptured membranes). Just having low fluid doesn’t mean the baby is predisposed to negative outcomes, but culturally many believe that it does this through cord compression or some other mechanism. These ideas are not supported by evidence.

Next, IUGR, as commonly defined (less than 10%tile), should also not do anything except move that patient into a different screening population. It is not inherently bad to have a baby that is in the bottom 10%tile (10% of all women do!), but we have to identify a population of women to screen, with enhanced surveillance, if we want to detect those who are less than 3rd%tile or those who have abnormal dopplers.

Some amount of over-treatment is necessary, but there are risks to over-treatment. The major risks include delivering babies early and then those neonates suffering the consequences of iatrogenic prematurity. There are also risks to the mother, such as an increased risk of cesarean delivery, with higher numbers of early inductions with unfavorable cervices. And there are psychological risks to burdening a woman with anxiety over normal variants; and, worse, physical risks might follow as well if that woman were told, for example, to be on bed rest as a way of increasing her amniotic fluid. There is no evidence that this is effective and, on the contrary, there is evidence that it is harmful to the mother.

Since the PORTO Study was published, an article entitled a A Practical Approach to Fetal Growth Restriction was published in May, 2014 in the Green Journal as part of their excellent Clinical Expert Series. For management of IUGR, they recommend (based on expert opinion):

These recommendations are still erring on the side of caution (for example, delivering all pregnancies less than 5%tile at 37 weeks rather than less than 3rd%tile), but they are still far less aggressive than many previous protocols and incorporate what we have learned from the PORTO Study into clinical practice.

One last point: Should we use AFI or AVF when dealing with oligohydramnios? This important question has been studied many times, and here is the latest paper to address it. The short answer is that we should use the single deepest pocket approach (<2cm) to define clinically meaningful oligohydramnios. Use of the AFI, which is probably most commonly employed in the United States, leads to over-diagnosis without any improvement in neonatal outcome. 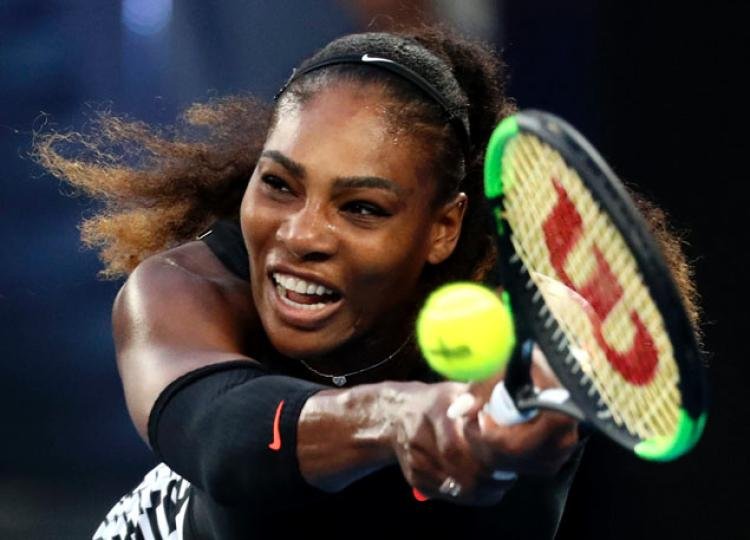 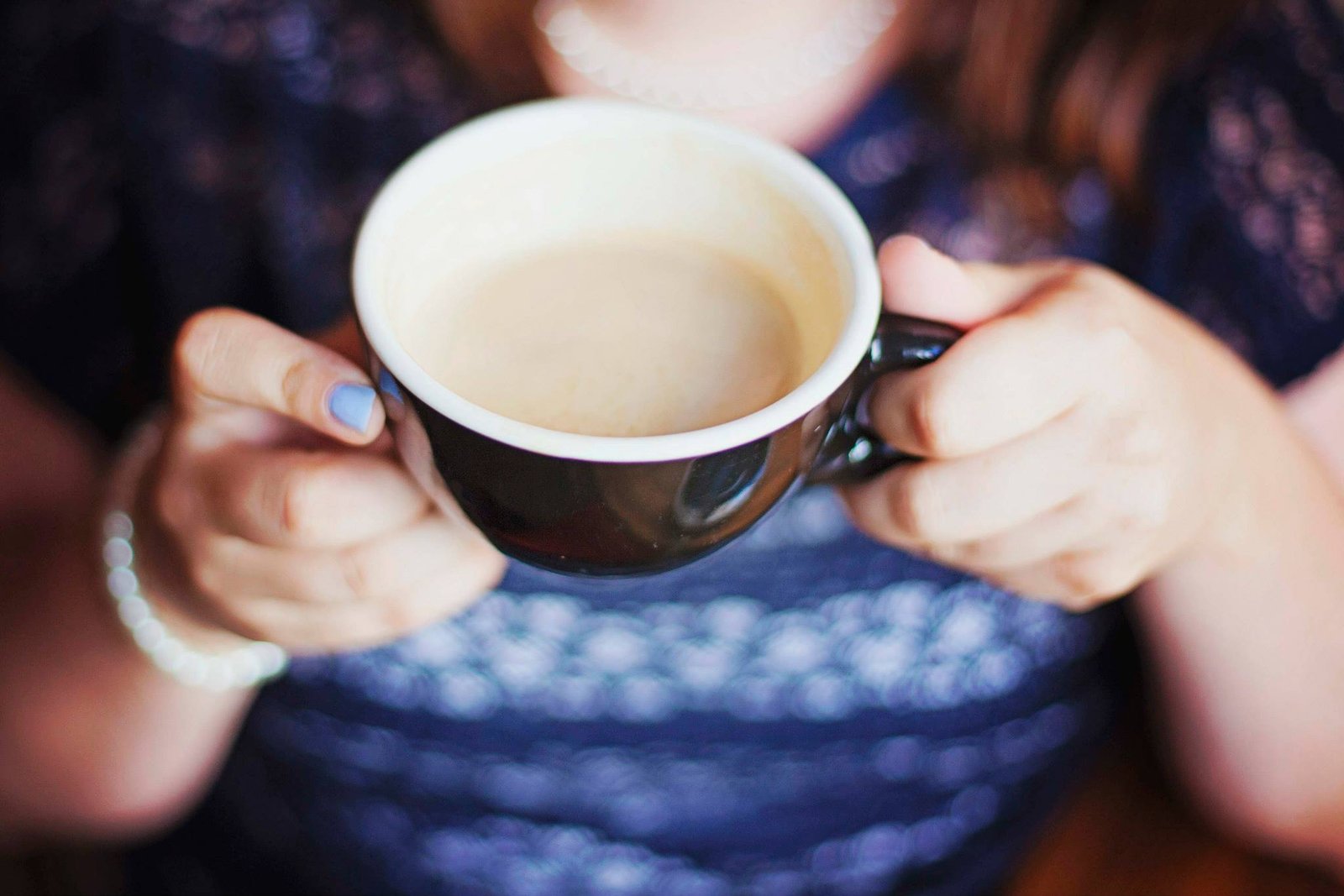