Will The Real Cowboy Please Stand Up? Harmful Practices and Harmful Culture in OB/Gyn 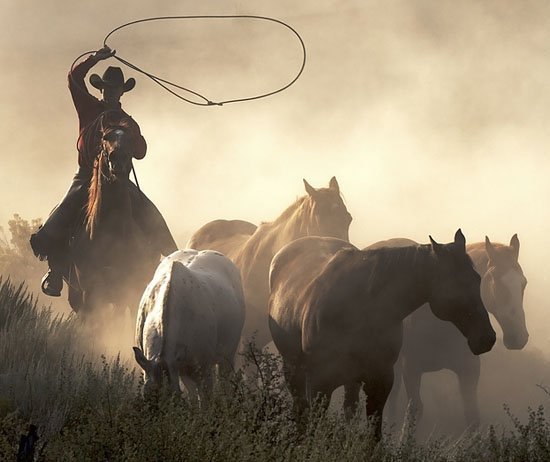 Have you ever been called a cowboy? I certainly have. I even own a nice pair of boots.

What is a cowboy? “A person who is reckless or careless.” Urban Dictionary gives a better definition: “Someone who is overstepping their boundaries … a reckless and independent person.” A cowboy is typically someone who not only breaks the rules but also puts others at risk in doing so.

The idea of the “cowboy” is a common trope in medicine and has become a motif in the culture of academic medicine, used as an ad hominem attack against anyone a person might disagree with. Unfortunately, there are some cultural motifs in medical training that are counterproductive to good education and to thoughtful, evidence-based practice. Pimping is an example of this, but so too is the idea of a “cowboy.”

There are certainly cowboys and cowgirls in OB/Gyn, but some people are called cowboys just because they do something that is a little bit different than everyone else. The majority, often unified by a mob mentality, then label that different person as a “cowboy” as way of excluding that person and denigrating her without actually having a substantive debate about the merits of her ideas. This is form of mobbing, a type of workplace violence, and, as such, the behavior should not be tolerated. The cultural pressure to have uniformity in ideas is also injurious to the spirit of inquiry and skepticism that makes for the healthy, science-based practice and advancement of medicine.

Should we all do everything the same way just because the majority might do something a particular way? Like lemmings marching off the cliff, one after another? If we did, and there weren’t those who dared to change or try something different than the majority, then we would never make progress in medicine. We would still believe in the four humors and we would still use leeches to bleed our patients because we wouldn’t dare question the status quo and try something new.

Medical history is full of famous “cowboys,” like Ignaz Semmelweis. Semmelweis showed, in 1847, that the practice of routine hand washing could greatly decrease the risk of death from puerperal sepsis and contributed to our understanding that there was an infectious contagion responsible for deaths from what we now call sepsis. In fact, Semmelweis conducted an interventional trial that led to a reduction of maternal mortality related to puerperal fever from about 18% to under 1% in one year. But because his idea was so different than the commonly held, anecdotal beliefs of the time, and because his theory pointed the finger at fellow-physicians for being the main culprit leading to these maternal deaths, Semmelweis was ostracized from his profession and persecuted for the rest of his life. Unfortunately, science is chock-full of examples like this (and in gynecology, everyone from James Marion Sims or Lawson Tait to Camran Nezhat comes to mind). Tens of thousands of women died unnecessarily in the years following Semmelweis’s study in 1847, until the medical community finally accepted this science about 20 years later. To the medical community, Semmelweis was the “cowboy.”

But the real “cowboy” is someone who wanders out of bounds and causes unnecessary harm in the process. What are some behaviors of OB/Gyns that might be classified with this definition of cowboy? Well, how about doing yearly pap smears? The practice is very common and is associated with harm. No guideline or professional society currently supports the practice. As I described in The Ethics of Deviating From Guidelines, the majority of women still receive inappropriate pap smears in the United States. Doing these unnecessary pap smears is couched in the rhetoric of “Better safe than sorry,” but that phrase rhetorically impugns the gynecologist who rightfully chooses to follow the evidence-based guideline as someone who seems to choose to not be “safe” by doing the unnecessary and potentially harmful pap smears. OB/Gyn is full of practices that are touted as “better safe than sorry.” But the physicians using such rhetoric often criticize the physician who falls out of their “norm” with the ad hominem and pejorative term “cowboy.”

Many types of OB/Gyns receive this label. For example, those who have a lower than average cesarean delivery rate or those who offer a trial of labor after cesarean, etc. Of course, these practices are consistent with clearly established, evidence-based guidelines. So, in a rhetorically effective bit of irony, a physician who follows these evidence-based guidelines is vilified as a “cowboy” by many of his or her peers who do not follow guidelines.

Is this surprising? Studies have indicated that in about 80% of patient encounters, there is substandard or inappropriate care delivered.  OB/Gyn is certainly not immune to this statistic. Why would we criticize a peer who has a lower cesarean delivery rate, a higher VBAC rate, or a low abdominal hysterectomy rate, etc.? The answer to this question is complex and it involves issues like professional jealousy, arrogance, and mobbing. But the truth is, the cowboys are often those who so freely sling about this criticism. A higher cesarean delivery rate is correlated strongly with higher rates of maternal morbidity and mortality, as is a lower rate of trial of labor after cesarean. The speciality has found itself greatly distanced from optimal patient care in many critical areas.

When nurses, residents, and attending physicians culturally assume that a cesarean delivery is the safe way out for both mother and baby, then the culture will vilify those with lower cesarean rates. Consequently, our culture increases patient harm. How many times do we hear the phrase, “We just want a healthy mother and a healthy baby,” moments before rushing a woman back for a cesarean delivery. But cesarean delivery is associated with increased risk both for the mother and the baby. Statements like this teach an incorrect lesson to our students, residents, nurses, colleagues, and patients: that cesarean delivery does not increase the risks for the mother, or that if it does, it does so while providing equal or greater benefit to the fetus. Of course, the vast majority of cesareans are not indicated and so both mother and fetus are placed at increased risk for harm. A more honest version of the statement might be, “We would like to strive for a healthy baby, though it will come at the cost of an increased risk to the mother.” But we need to clearly understand which cesarean deliveries truly benefit the fetus, and this requires evidence-based obstetrics.

The obstetrician with the high cesarean rate is usually full of anecdotal stories that seem to justify his or her behavior, always conjuring up the next emergency and the next crisis. These anecdotal tales are culturally interpreted by onlookers as wisdom, earned through experience; this type of physician, in turn, is often viewed by the nursing staff and others as the better or safer physician. Meanwhile, the obstetrician who follows evidence-based guidelines, relying upon scientific evidence – rather than biased instincts or anecdotally-fed gut feelings – to manage things like labor dystocia or fetal heart tracings, is often view as the cowboy.

It’s time to turn these motifs around and point out the real cowboys: those who are not following best evidence and science-based guidelines, leading to increased morbidity and mortality for their patients through over-intervention and over-utilization of things like cesarean delivery. The real cowboys and cowgirls are those who are unjustifiably deviating from evidence-based guidelines, and thereby causing harm or potential harm to their patients. Who are they? Here’s a self-study guide:

We could go on. I have only included things on the list that are widely agreed upon as being unnecessary and potentially harmful. All of these practices increase the risk of negative outcomes for the woman (and if applicable the fetus), yet they are all very common and mainstream. Most of the above are practiced by a majority of Ob/Gyns today and none are evidence-based.

Let’s call out the real cowboys and stop creating a culture of bullying and conformism that stifles innovation and progress and encourages outmoded and outdated practices. Let’s encourage, instead, a science-based approach that puts patient safety first.

And don’t worry if you found some things that you do on this list. We all have some bad habits. You’re not really a cowboy unless you can wrangle a steer. So if you don’t have spurs on right now, just take a minute to read about the issue and considering changing for the sake of your patients. Cowboy up!