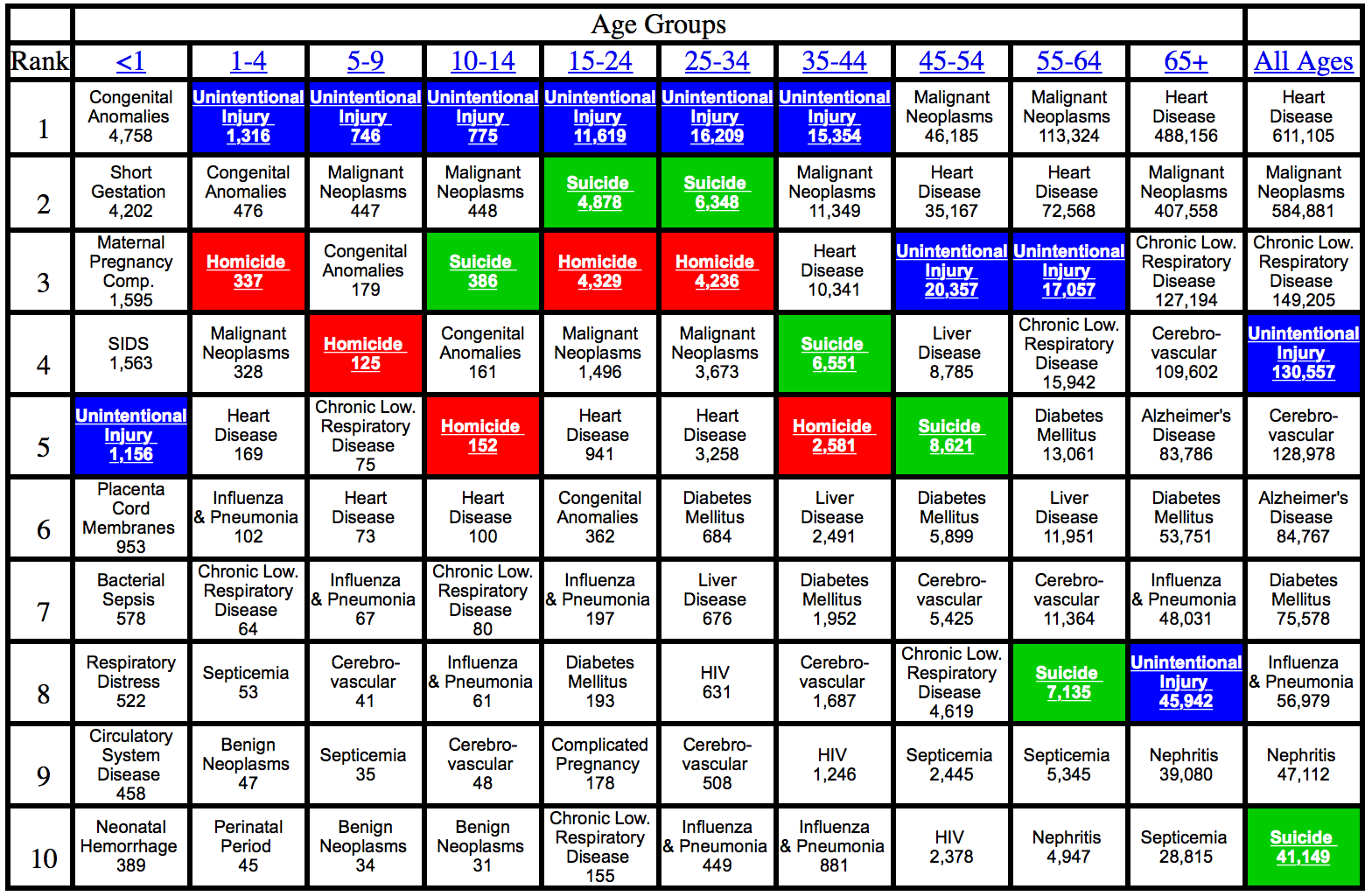 Though this may seem like more of a political post, in reality, its about statistics and their misuse and the cognitive distortion afforded from their misuse.

In the health care sector (as well as the political sector), we have to decide where to best spend our money, resources, and passions to make the biggest difference, and we should do this using data-driven analysis.

The field of public health, of course is dedicated to helping us understand where we can get the most bang for our buck in utilizing our resources to reduce suffering. Mortality is not the only thing we should care about, but also quality of life. Many preventable causes of death do much more than cause death, they also cause years of suffering and poor quality of life leading up to that death.

The picture at the top of this post list the top ten causes of death by age group in the United States. For younger people, unintentional injury is the leading category year after year. If you go to the website, you can click through the individual boxes and see a breakdown of these injuries. They mostly include car accidents and poisonings. Poisonings? Well, drug overdose is mostly what’s meant by that term. In my age group, poisoning is the cause of 54% of all unintentional injuries, or the biggest part of the biggest cause of death. 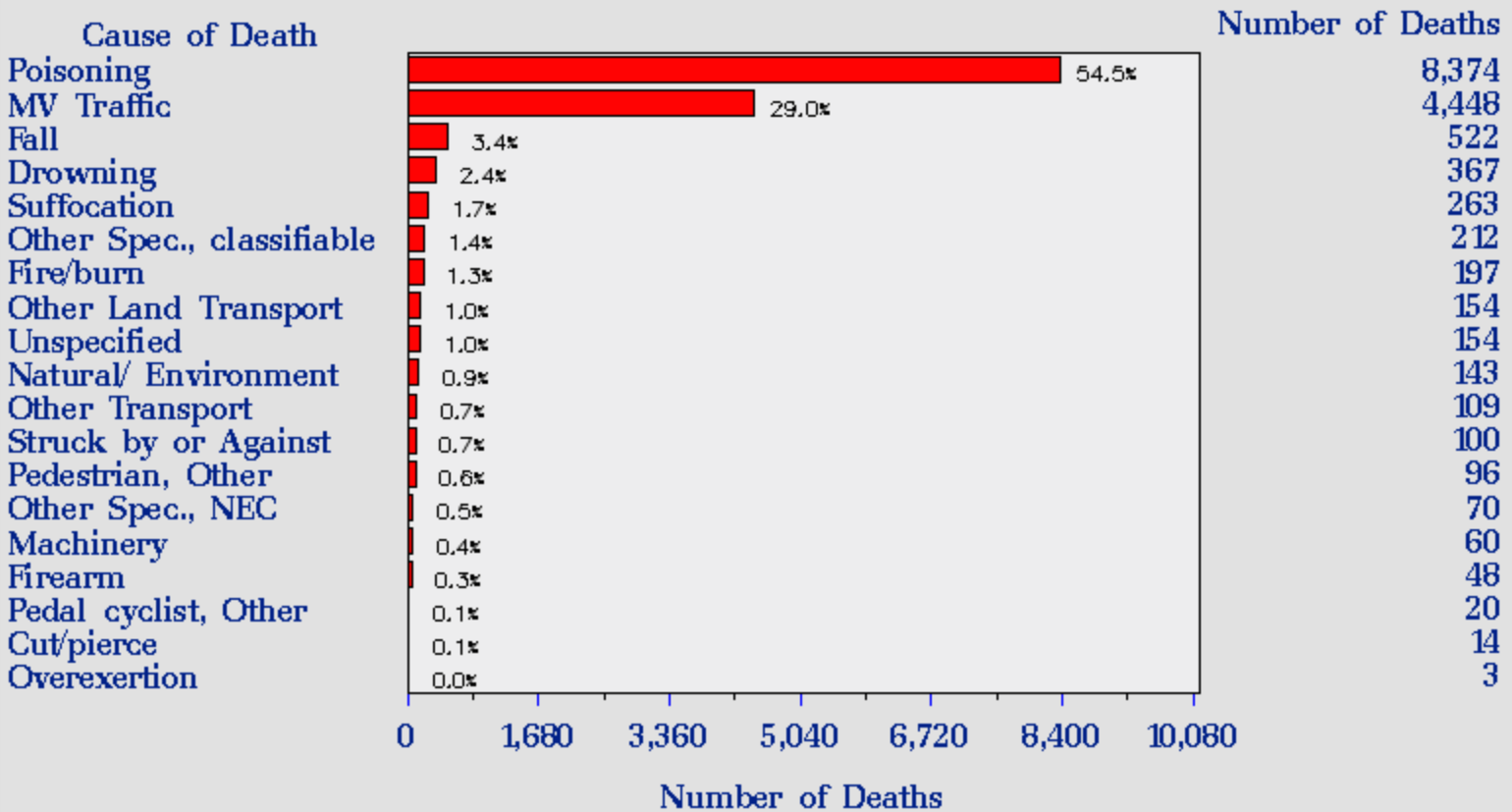 These deaths are often the most tragic and the most impactful. When a young person dies of a drug overdose or any other preventable cause of death, not only does it rip apart a family and take away a father or a mother from a young child, but it also takes aways 40+ years of a productive tax-paying citizen from our society. They are all tragedies. But death from, say, a drug overdose is only a small part of the impact that drugs have on our society and our families. And its hard to measure how many death are indirectly related to drug use; for example, murders committed in pursuit of drugs, car accidents while intoxicated, etc.

The White House has this excellent fact sheet about the impact of illicit drug use in the United States, where we learn that deaths directly attributable to illicit drugs rose from 19,129 in 1999 to 40,393 in 2010, and they are apparently still rising, partly due to deaths from prescription pain killers which have risen to 16,000 per year in 2013. I’ll remind you that each of those prescriptions were written with the hand of a licensed heath care provider. In fact, prescription narcotic misuse and abuse is a vast epidemic in the United States today destroying the lives of millions.

Let’s look at some numbers related to causes of death (per year) in the United States:

So what’s the point? Simply that while the gun homicide rate has declined 50% since 1993 while the number of guns in America has continued to increase, the issue has become more politicized than ever. At the same time, the rates of deaths from prescription drug use has exploded.

How many of the 40,393 deaths per year related to drugs represent missed opportunities for mental healthcare? Or the 25,692 alcohol related deaths, or the 41,149 suicides? In fact, the same is true of the deaths by homicide. While a little over 300 people per year in the United States are killed each year with assault style weapons, millions of lives are being destroyed by physicians who write prescriptions for narcotics. There are many examples of pieces like this one that paint a picture of the devastation left behind by a handful of doctors and pharmacists exploiting the poor in our country.

So lets focus on mental health and addiction and poverty and kiddie pools before we worry too much about assault rifles. Let’s police physicians who have violated their Oaths by seeking to make easy money at the expense of destroying the lives of their patients. 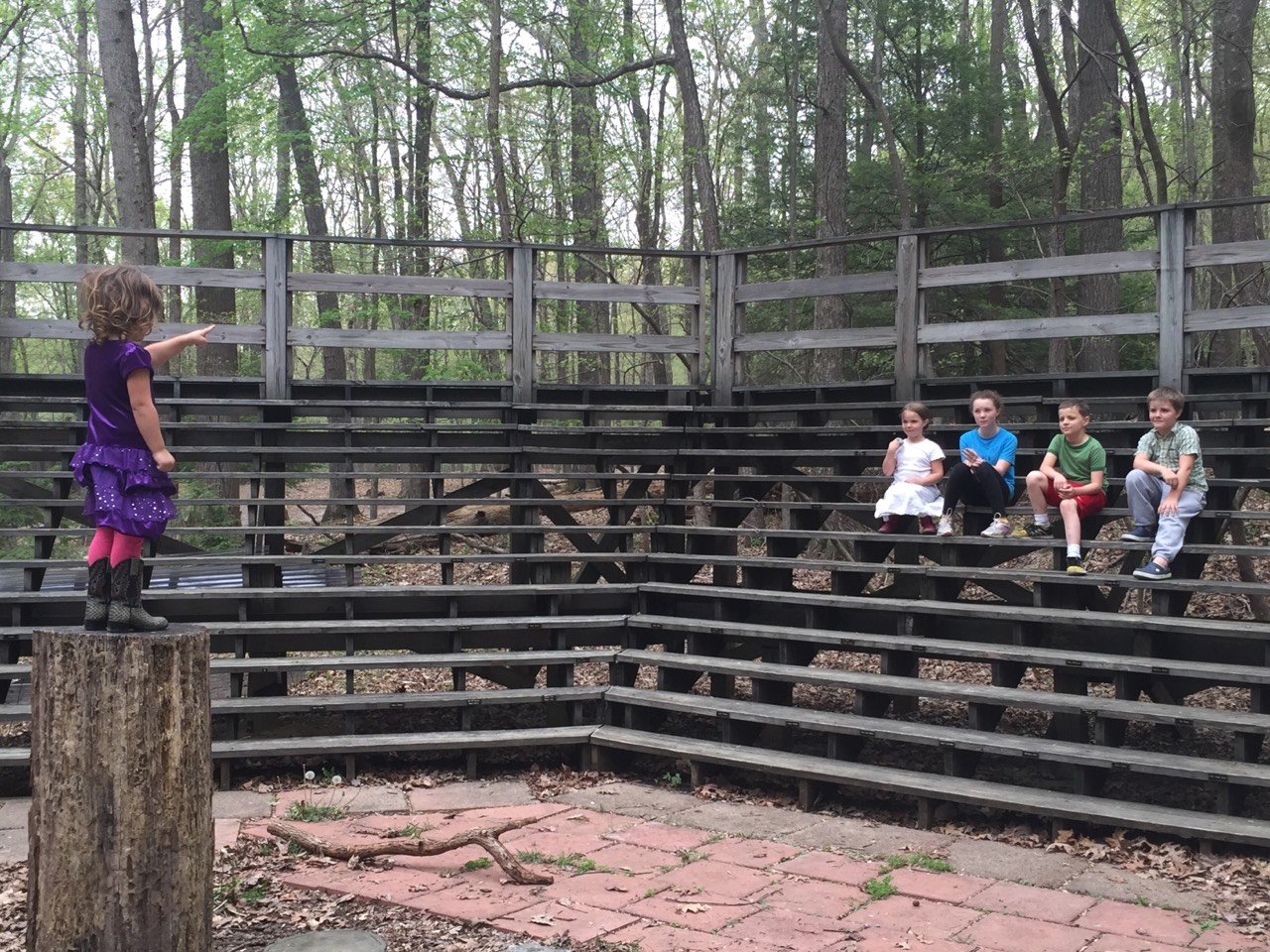 The Physician As Teacher